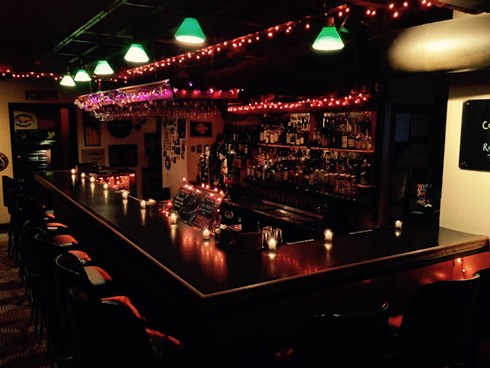 Photo via Facebook
We can recall having some pretty good times at La Cave Du Vin (and probably a few others that we can't quite recall), and we bet you've had your fair share too. Since opening in 1995, the Cave has become a Cleveland Heights mainstay, sating both beer and wine lovers alike in the cool, eclectic underbelly of Coventry Village's southern-most strip.

This week, the Cave's original owner and creator Ken Bement returns to his old stomping grounds to mark the wine bar's 20 anniversary. Beginning at 8 p.m. on Saturday, Aug. 22, thirsty locals can stop by 2785 Euclid Heights Blvd. to take advantage of a vintage wine list, craft beer specials, and even single malt scotch circa 1995.

Not too many other details have been revealed, but it's sure to be a banging good time. Visit the event Facebook page for updates before Saturday.

Alaina Nutile is the Web Editor who oversees all digital content and social media initiatives for Cleveland Scene Magazine and Detroit Metro Times. Before joining the staff in June 2013, she interned at Business Insider in New York City, and at La Hora in Quito, Ecuador. Alaina is a graduate of Kalamazoo College...
Read More about Alaina Nutile
Scroll to read more Food News articles