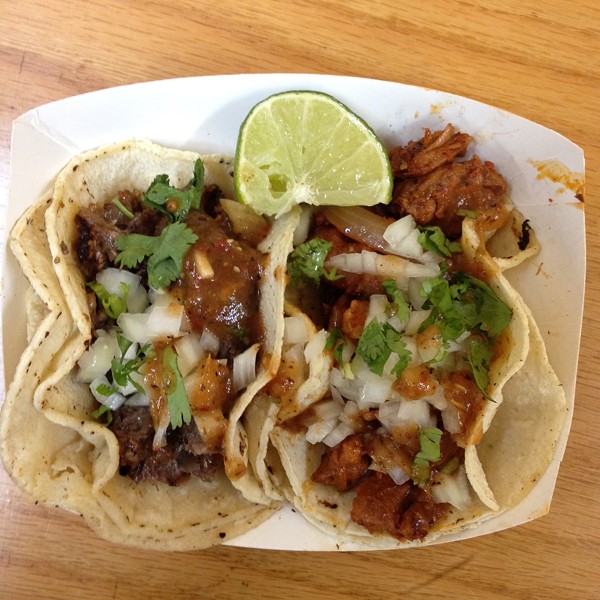 Doug Trattner
Big changes are in store for Terrestrial Brewing (7524 Father Frascati Dr., 216-465-9999), which will celebrate its second anniversary on April 26. Starting then, a dedicated food provider will take up residence in the Battery Park brewery.

“We inked a partnership with La Plaza to be our pop-up food provider starting at the end of this month,” says Ryan Bennett, owner of Terrestrial Brewing Company. “We are excited to work with them and have their awesome food served at the brewery.”

La Plaza (13609 Lakewood Hts. Blvd., 216-476-8000) is the eight-year-old taqueria that began life in the back of a Latin grocery on the Lakewood/Cleveland border. In November, the popular taco shop graduated to a full-fledged fast-casual eatery in the front of the grocery store.

Bennett says that talks have been going on for months in pursuit of an arrangement that would bring food to the brewery on a more consistent basis.

“We are shooting for either six or seven days a week,” he says. “They will be our food provider during our hours of business.”

La Plaza is in the process of constructing a semi-permanent food cart that will provide them with a functional workplace for preparing tacos, quesadillas, tamales, empanadas and nachos. The operation will be fast-casual, with diners placing an order and paying at the cart and food runners doing the rest.

Look for the tacos to start rolling around the 26th of April.