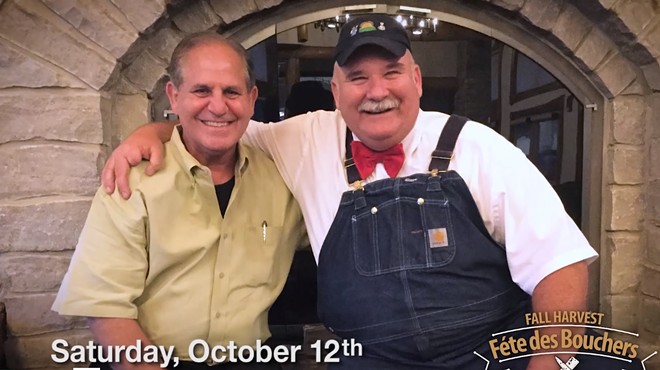 Vimeo
Born in St. James Parish, legendary chef John Folse has come to be known as “Louisiana’s Culinary Ambassador to the World.” Through his many restaurants, television programs and cookbooks, he has spread his love of Cajun and Creole cooking literally across the globe.

Since opening his first restaurant in 1978, Lafitte’s Landing in Donaldsonville, the chef has worked tirelessly to preserve Louisiana’s rich culinary and cultural heritage. One of those great culinary traditions is that of the Fête des Bouchers, a “party of butchers” that historically took place each autumn, when friends and neighbors gathered to slaughter hogs in anticipation of winter. Of course, they ate, drank and carried on as well.

Folse will be bringing that great South Louisiana practice to Northeast Ohio on Saturday, October 12th, when he and a broad group of talented chefs, butchers and culinary pros gather at the Culinary Vegetable Institute (12304 Mudbrook Rd., Milan, 419-499-7500) for Fête des Bouchers, a nose-to-tail celebration like no other.

Visiting chefs and butchers will tend stations where they prepare various traditional Cajun recipes provided by Folse. There will be demonstrations on preparing fresh and cured sausages, head cheese, cracklins, porchetta, ponce (stuffed pig’s stomach) and other specialties. Other speakers will tackle historical, cultural and practical information.

Lunch will consist of the “spoils of the boucherie” paired with seasonal produce from The Chef’s Garden. Following the meal, there will be a bonfire, wagon rides and other entertainment.

Tickets for this bucket-list bash are $155 per person and can be purchased by visiting this site.