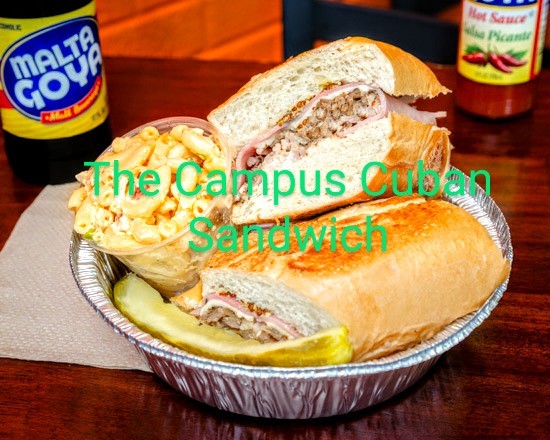 Luis Roman
For eight years, Luis Roman operated the successful Latin eatery Campus Grille in Berea. But in the end, a spate of pandemic-related issues such as soaring food costs, scarcity of supplies and struggles with staffing conspired to compel him to close.

Since closing those doors, Roman has been “thinking through my pivot and seeing what can take you to that next step to where you want to be at.”

Roman says that his goal all along was to franchise his food in order to bring it to a wider audience.

“I always thought Caribbean food was absent in a lot of urban and metropolitan areas,” Roman explains. “You see a lot of mom-and-pops, but you don’t see that franchise.”

When he opens Hola Island Provisions, he will begin testing what might be a blueprint for future expansion. For the next year, fans can find him on the Vocational Guidance Services campus (2235 E. 55th St.), where he will be reviving a dormant cafeteria. His approach will be a Subway-style sandwich shop, but with pressed Caribbean-style sandwiches.

He’ll also be offering empanadillas. A large atrium offers customers plenty of seating for dine-in enjoyment. If all goes well, Roman might relocate to a ghost kitchen.

Also this summer, Roman will be rolling out a line of marinades in flavors like Puerto Rican, Cuban and Jamaican for use with pork, chicken, steak and shrimp.