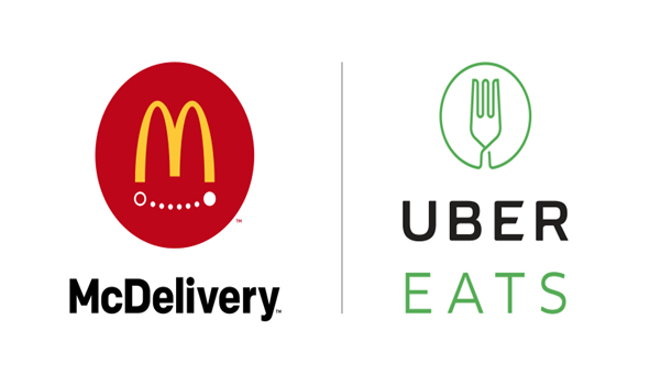 Photo via McDonalds.com
McDonald’s recently rolled out their UberEats “McDelivery” service to several major U.S. cities, including Columbus. And later this year, the fast food company plans to expand the service to Cincinnati and Cleveland.

Rod , of several McDonald’s in Columbus, told The Columbus Dispatch, “I look at it as something we need to do. It is important for us to stay relevant with the consumer, and delivery is a big part of that.”

To place an order, customers use the UberEats app on their smartphone. The app will then take care of payment (which includes a $5 delivery fee) and even tracks your order.

Early adopters of the delivery service might wonder how McDonald’s plans to get their food to them in a timely manner, without fries become soggy or Big Mac cold. Well, the restaurant doesn’t get a signal to start prepping a customer’s food until an UberEats driver is within three minutes of the restaurant (and they place fries in the bag last).

Roughly 75 percent of the U.S. population lives within three miles of a McDonald’s, meaning folks won't have to wait long for their chicken McNuggets.

McDonald’s vice president of global delivery, Bill Garrett, told the Chicago Tribune, "When you look at our real estate footprint, we are so close to so much of the population, delivery times are very tight. We're getting great reviews (of the food)."