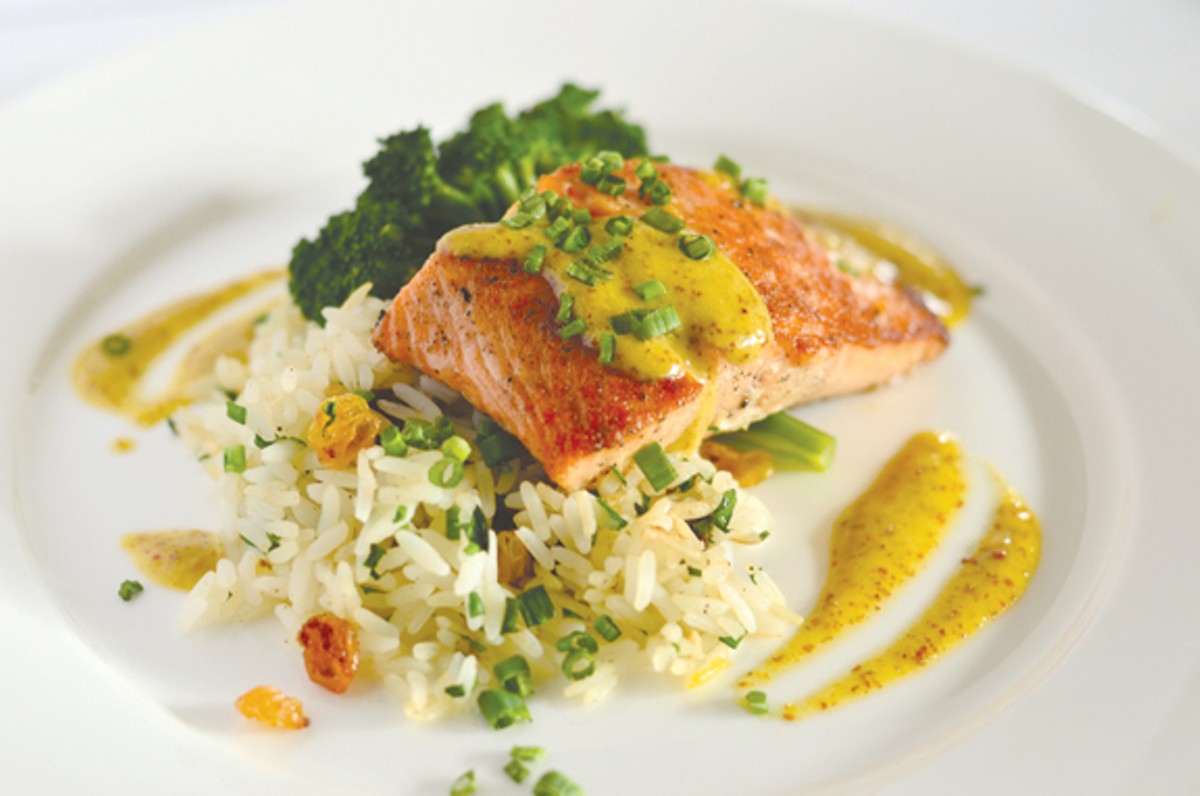 At precisely 6:18 p.m., I receive a text on my phone that informs me that my meal is minutes away and suggests I preheat my oven to 375 degrees. It is the smallest of things, yet it manages to make a big impression. For one thing, it reassures me that my online order was received and processed; and for another, the heads up means that I will be eating dinner 10 minutes sooner than had I received no warning at all.

I've now ordered two separate meals (roughly 10 different dishes) through Mod Meals (mod-meals.com), the new local startup that delivers chef-made meals right to your doorstep, and I have to say I was pleasantly surprised. Launched in November, the enterprise works very differently from the typical restaurant delivery service, which merely shuttles hot food from point A to point B.

Mod Meals' dishes are prepared in the restaurant kitchens of the chef-partners, chilled and kept that way until they land on your stoop hours later. Not only is chilled food stable food, meaning that your dinner won't arrive overcooked, mushy, soggy, limp or whatever the case may be, it also is more flexible. Heat and eat it right now if you want, or hold it in the fridge until later: The food will be exactly the same.

As one who uses his microwave almost exclusively to melt butter for popcorn, I was skeptical the results would favorably compare to those using a conventional oven. But the food turned out pretty much the same regardless of the reheating method, an outcome that doesn't surprise Mod Meals CEO Bruce Teicher.

"From the start our focus was on doing things that would stand up to delivery and reheating because busy people are going to want to get that meal in their mouth in two or three minutes," Teicher explains. "The food has to work in a microwave, because who has time for ovens?"

So chef-partners like Eric Williams (Momocho, El Carnicero), Karen Small (Flying Fig), Brian Okin (Cork & Cleaver, Graffiti), and Ben Bebenroth (Spice), who also happens to serve as Mod Meals' chief culinary officer, cater their dishes specifically to the delivery and reheating process. Each dish comes with its own heating instructions, which might include removing a cold slaw, setting aside a fresh herb garnish, or adding a particular component halfway through the reheating process.

One of my favorites, taste wise, came from Small, who paired two large, flavorful and juicy chicken meatballs ($13.95) with pureed potatoes and sautéed broccoli spears. The dish is garnished post-oven with a bright parsley pesto and good quality grated Italian cheese. My least favorite was a bland vegan vegetable salad ($9.95) with lentils, cauliflower, Brussels sprouts and spaghetti squash.

Pasta dishes like Cavatappi with Grilled Squash and Arugula Pesto ($13.95) and a Kid's Squash & Cheese Cavatappi ($7.95) both performed well, though the former seemed out of line pricewise compared to heartier meat-based dishes. For dessert we enjoyed Cherry Chocolate Chunk Cookies ($2.95) one night and warm Mexican-spiced bread pudding ($4.95) with cool vanilla crème anglaise another.

My biggest gripe has been the lack of variety. On some days there are as few as two or three dishes total from which to choose, an issue compounded by the fact that some of those items linger on the website for days at a time. One of the nicer features of Mod Meals is that beer and wine can be added to any meal delivery, but since launch there has been exactly one variety of beer ($6/can) and less than a handful of wines.

It's an issue that while completely by design is already being improved upon, says Teicher.

"In the beginning we really concentrated on getting the rhythms of the business down, and that goes for the chefs as well, so the emphasis hasn't been so much on menu variety as much as perfecting the service," he says. "There is a much greater need for variety and the chefs have been actively developing new recipes."

That includes more vegetarian and healthy dishes, he notes, adding that cold-pressed juices from Daily Press already have joined the mix. New chefs, too, will be brought into the fold, giving time-crunched diners even more reasons to choose Mod Meals. And since launch, the delivery footprint has greatly expanded with Lakewood, Ohio City, Tremont, Detroit Shoreway, Bainbridge and Auburn joining downtown, University Circle and the near-eastern suburbs.