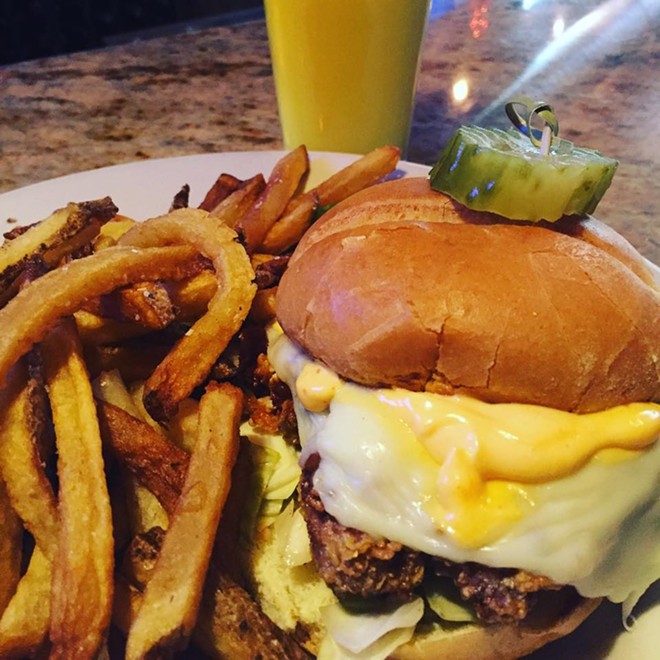 Next Tuesday, Natasha Pogrebinsky will grab the reins of the Southside (2207 W. 11th St., 216-937-2288) kitchen, a place that has been going strong in Tremont for 15 years. For the last year, the chef worked at Sterle’s Country House, but her culinary CV includes more than a decade of cooking in the Big Apple, including running her own place, a popular Eastern European bistro called Bear in Long Island City.

“It’s nice to join a group of restaurateurs who have a great reputation in Cleveland,” the chef explains. “They’re doing great food that’s not pretentious, but always a little bit edgy, always on trend, which is a great framework for me.”

Pogrebinsky is from Ukraine, but grew up in Parma, went to Cleveland State University and then set off to New York to pursue a culinary career. She says that her Eastern European roots combined with her contemporary chops makes her ideally suited for the job at Southside.

“Slavic food is the new black,” she jokes. “I want to be true to our roots, be true to our heritage, but bring it out to the mainstream. It’s not a cuisine that needs to be relegated to the church halls and old-style restaurants. It’s hip and it’s on trend.”

One such special the chef envisions will be a modern spin built around an old Cleveland staple: kielbasa.

Longtime fans need not worry about wholesale changes to their beloved bar. Pogrebinsky won’t be making drastic changes and the changes she will be making, at least to start, will be largely behind the scenes.

“I don’t want to scare off any of our regulars, just put more chef into it,” she says. “Without taking away any of the items we love, we might just clean them up a little bit, or re-plate them.”