Ohio City is Just the Start of Choolaah's Ambitious Expansion Plans, Which Will Include Boardman and Westlake 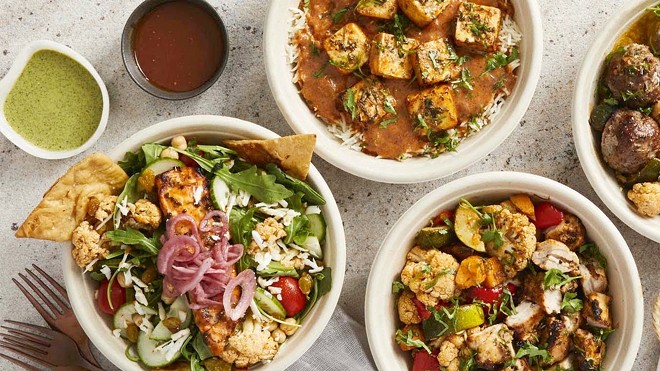 Courtesy Choolaah
Vibrant Indian fare is the name of the game at Choolaah.

Last year was a challenging one for all restaurants, Choolaah included. The pandemic delayed the Indian eatery’s planned expansion into Ohio City, which was originally slated for a 2020 opening. Now, not only is Ohio City back on track, but the Cleveland-based company also is revealing ambitious plans for growth.

Choolaah launched its fast-casual Indian BBQ concept six years ago in Orange Village (27100 Chagrin Blvd., 216-350-3136). Since then, the company has gone on to open shops in Pittsburgh, King of Prussia, and Sterling, Virginia. Next up, says CEO Randhir Sethi, is to open multiple stores in the markets in which they already have a presence.

“The goal is to get to 10 stores next year and then the sky’s the limit,” says Sethi. “Plenty of people are doing it. Do we deserve to be one of those companies?”

Likely opening before Ohio City is a new Boardman store. Sites also are planned for Westlake, Canton and possibly Fairlawn. Columbus in on the radar, as are future stores in Greater Pittsburgh, Philadelphia and Northern Virginia.

Sethi says that up until 2020, the focus had been so single-mindedly on the quality of the food, that they nearly dropped the ball on the technology side of the business, an aspect that would prove vital once the pandemic arrived.

“The food aspect was so hard,” he explains. “How do you take a fine-dining restaurant and convert it into fast-casual? That was a very ambitious goal. And when we picked our heads up, we missed the tech. We did not have an app, we did not have delivery, and our online ordering was weak. We fixed all of that in the first week because it was already in the works. Without that we wouldn’t have made it.”

Future locations will give diners even more options, he promises. Boardman will be the first Choolaah to feature a “Choolane,” a dedicated pick-up lane for orders placed online or via an app. Even stores that cannot accommodate a drive-through will devote interior space for efficient carry-out. That service will join dine-in and delivery. Locations, including Ohio City, will boast spacious outdoor dining areas.

Sethi says that Choolaah originally was designed as a restaurant where 75- to 85-percent of the business was dine-in. Now, only one out of every two guests elects to stay. To accommodate these operational shifts to carry-out and delivery, the company completely redesigned all of its kitchens.

“We want to be safe and smart, but let’s adopt technology and rebuild our business so that we’re hyper-relevant when we come out of this and we’re going to take off like a rocket,” Sethi adds.

Sit in a room with Sethi and co-CEO Raji Sankar and you’ll likely hear the term “conscious capitalism.” Yes, a primary objective is to provide healthy, flavorful and exciting Indian food, but that seems to come secondary to creating a company culture that values every team member.

“Herb Kelleher said that the business of business is people, and that never was more evident than this last year,” says Sethi. “The purpose of business should be to make people’s lives better, not just shareholder value.”

That philosophy translates to supporting worthy nonprofit causes, providing livable wages, purpose, and paths for advancement to all employees, and promoting joy at every turn.