Raising Cane's Is Coming to Detroit Ave. in Lakewood This September 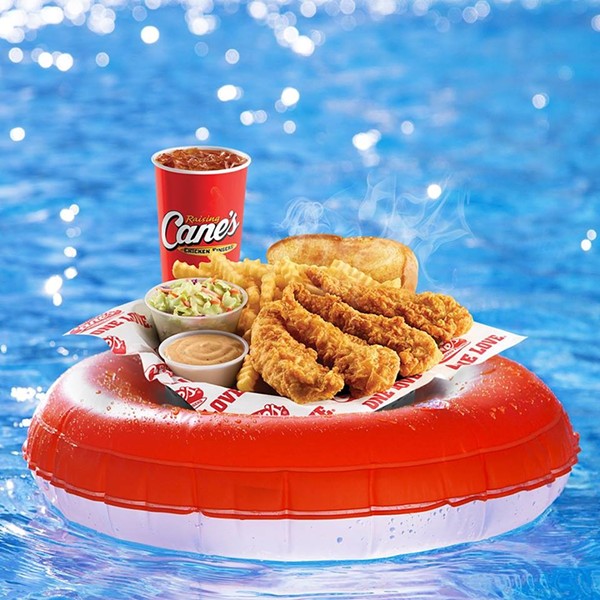 Scene Archives Photo
Update: Raising Cane's Chicken Fingers is officially taking over the old Bob Evans on Detroit Avenue in Lakewood, the restaurant chain recently announced. When it opens in September, this will be the 33rd Ohio location for the Louisiana-started chicken joint.

After breaking ground at the site earlier this month, plans are underway to hire about 100 employees for the franchise.

Find out more below:


***
(Original Article from 08/27/2018): A second Raising Cane's Chicken Fingers restaurant may soon open in Northeast Ohio, if the company is successful in taking over a Bob Evans on Detroit Avenue in Lakewood.

As Lakewood councilperson Tristan Rader announced Saturday on Facebook (see whole post below), an official proposal for the plan has been submitted. The city's Planning Commission and Architectural Board of Review then has the final say in approving the plans. Although the company must first prove its new building would comply with city code as well as submit a traffic impact study.

But Rader, and others on the council, aren't entirely sold on the idea of welcoming a new fast food restaurant to the neighborhood.

"I was disheartened to hear that a fast food restaurant had already purchased and submitted a proposal for the Bob Evans site," Lakewood Councilperson-at-Large Meghan George told Patch.com. "It has become increasing clear over the past few years that the vast majority of Lakewood residents do not see the addition of another fast food establishment as a positive for the community."

The first Raising Cane's in the area opened earlier this year in Strongsville. The restaurant chain's new proposal gets its first public hearing this Thursday.