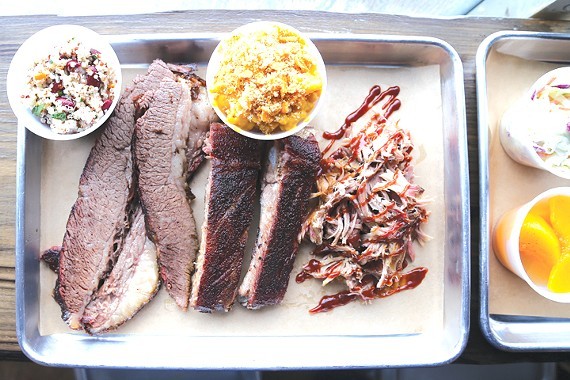 Emanuel Wallace
Ribsticks BBQ, which promised to do BBQ a little differently, announced earlier this week that they've permanently closed.


It was a wild ride, but we must end this chapter and begin our next. Thank everyone for your support and we enjoyed feeding our guests from our hearts. Thank you.


Open for less than a year, it might have been that choice to do BBQ a little differently that doomed the restaurant. Pre-cooking via sous vide before smoking and grilling the meats, the results were far from the tasty, smoky briskets, ribs and pork one might find at other BBQ joints around town that do it the old fashioned way, and with good reason. From our review earlier this year:

I didn't detect any smoke flavor in the brisket, pulled pork or spare ribs on my tray. None of the meats arrived with any trace of bark — that gorgeous dark crust that forms on the exterior of slow-smoked 'cue —even the so-called "burnt ends." Worse, those burnt ends actually are dry nubbins of pork and not the typical gloriously charred bits of fatty beef brisket.

The pulled pork was tender, but neither juicy nor exceedingly flavorful. The ribs were so soft and squidgy that the bones slid right out like a piston. And for some reason, the brisket in my sandwich was shredded into long, obstinate cords.