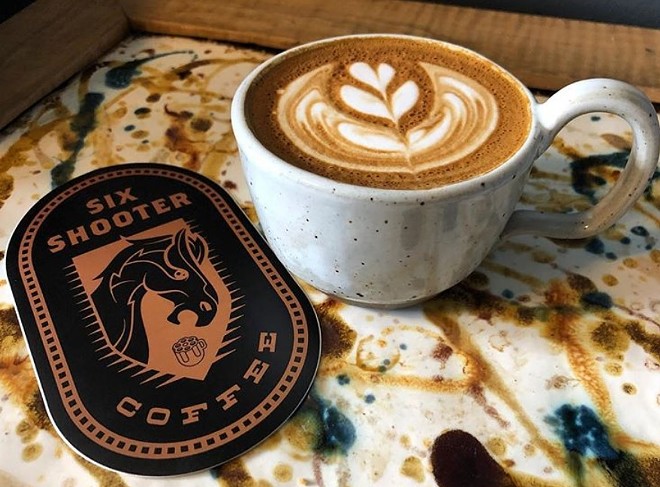 After a great five-year run, Coffee Coffee Coffee closed its doors in Old Brooklyn in mid-October. But it didn’t take long for another operator to swoop in and take possession of the space. Peter Brown of Six Shooter Coffee (15613 Waterloo Rd., 216-417-4177) says that he was eager to takeover.

“We noticed how sad people were with it leaving,” Brown says about Coffee Coffee Coffee. “We think it’s an amazing neighborhood, similar to the trajectory of Waterloo Arts District, so we’re pretty excited to take that on.”

Brown says that the space is largely turnkey, and he already has the equipment needed to expand, so all that’s left to do is hire and train new staff and work with designer Aaron Sechrist on the interior décor.

“Pretty much all we need to do is what I call Six Shooter-ify the place,” Brown adds.

When it opens in February, Six Shooter Old Brooklyn will offer everything that the Waterloo location does in terms of beverage and food. That means guests can enjoy breakfast burritos, panini and grab-and-go items to go with their coffee drinks.

“It will be another good food option for the neighborhood as well,” Brown says.

Six Shooter will be open seven days a week from the start, Brown says.

“We think seven days a week is pretty crucial with coffee,” he notes. “It’s something that people need.”