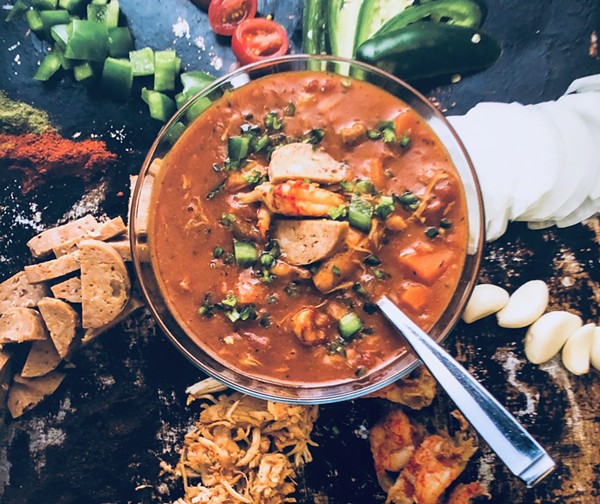 Courtesy Souper Market
In August, Tea House Noodles (1900 E. 6th St.) closed its doors after two decades in the business of feeding busy downtown commuters. It was only a matter of days before the petite space was claimed by a new operator.

“When I heard the space was available I immediately jumped on it,” says Matthew Moore, owner of Souper Market. “From the get-go I always wanted to get downtown and for whatever reason it never panned out.”

Moore launched his popular soup-kitchen concept back in 2002, when he debuted the first Souper Market in Ohio City, across the street from the West Side Market. He’s since added outposts in Lakewood and Kamm’s Corners, plus the location in Midtown that is attached to the company’s central kitchen.

Moore says that he was perfectly happy with the way things were, but the opportunity was too good to pass up.

“I wasn’t planning on doing anything, but it felt like a no-brainer to me because there are so many people down there that are looking for healthy spots to get lunch,” he reports. “Our concept’s not exactly like Tea House, but it’s kind of the same thing in that it’s fresh food to go.”

Moore is in the process of cleaning out the 900-square-foot space, which hadn’t been remodeled for 20 years. The goal, he stresses, is “to get people in and out as efficiently as possible.”

Like the other shops, this one will offer 10 from-scratch soups a day, with seasonal favorites joining daily specials. The brews are always served with good-quality bread from Stone Oven. In addition to the bowls, Souper Market offers a variety of salads and one very popular grilled cheese sandwich. There will be seating for approximately 15 at high-tops and a counter.

The goal is to be up and running by December 11, which is the 16th birthday of the original spot in Ohio City.