Survey: People Choosing to Dine Out During the Pandemic Are Treating Service Industry Workers Like Shit 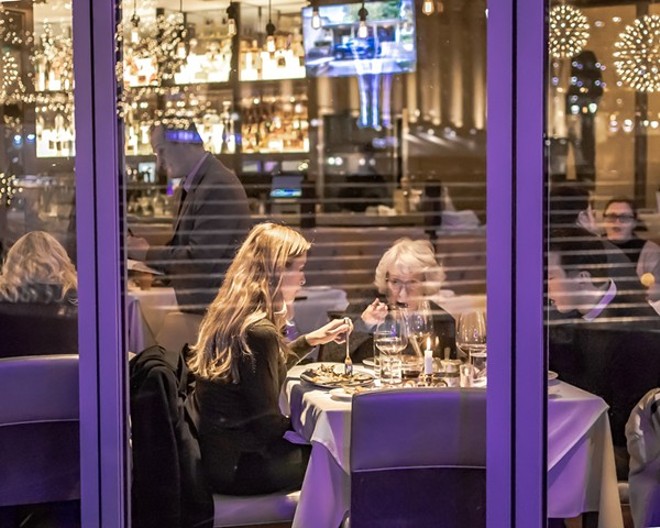 You would think that, during a pandemic that's wiping out thousands of Americans each day, people would treat others with compassion and do everything in their power to ensure the safety of not only themselves, but also their neighbors, right?

As it turns out, that's total bullshit, at least when it comes to those choosing to dine in at restaurants.

A new study found that restaurant-goers are fucking terrible and service industry workers, who even in non-pandemic times are paid well below minimum wage, are now facing even more challenges as people continue to opt for maskless brunch outings and be total dirtbags to those putting their lives on the line to serve them.

A new report from One Fair Wage surveyed 1,675 food service workers between Oct. 20 and Nov. 10 from five states, including New York, Massachusetts, New Jersey, Illinois, Pennsylvania, as well as Washington, D.C. The study found that not only are servers receiving piss-poor tips, they're also being harassed for enforcing social distancing and mask-wearing, NPR reports.

In some situations, food service workers endure “maskual harassment,” a disgusting new phenomenon in which restaurant-goers request the server remove their mask to gauge how much they should be tipped — which, if they comply, puts them at an increased risk of contracting the virus.

“We were really shocked with how horrific the situation truly is,” president of One Fair Wage, Saru Jayaraman said in an interview with Weekend Edition. “But I think the most horrific thing, that honestly all of us who are involved in the study were all blown away by, was the huge increase in hostility and sexual harassment.”

The study, titled “Take off your mask so I know how much to tip you,” found that more than 80% of food industry workers have seen a decline in tips, while 40% claim sexual harassment from customers has increased.

Additionally, 60% of workers who rely on tips say they're hesitant when it comes to enforcing pandemic protocols, like asking customers to remain masked when moving throughout the restaurant or maintain social distancing while dining, because they fear it could risk how much they are tipped or whether they'll be harassed as a result.

And it's not just harassment and tips that service industry professionals are concerned about.

The study also found that 44% of workers surveyed reported that “at least one or more of their co-workers” had contracted the virus, with 84% reporting “being within six feet of at least one person who is not wearing a mask” during each shift, and 33% claiming they're in dangerously close quarters with 30 or more maskless guests each shift. More than one-third of workers reported that “their employer had not conducted a mandatory training on COVID safety protocols,” and 70% of workers say their employers aren't consistent when following measures to keep guests and staff safe.

In September, the U.S. Centers for Disease Control and Prevention reported that adults who tested positive for the coronavirus were “twice as likely” to have dined at a restaurant two weeks before reporting symptoms.

What the One Fair Wage study reveals most clearly is that those working in the service industry are scared. One solution proposed by the organization's president could put an end to workers feeling the need to coddle and cater to abusive customers because they're fearful they may not receive a decent tip.

“When you get a full wage from your boss, you don't have to put up with everything from the customers,” Jayaraman said.