The Production Facility and Bakery Behind Aladdin's 40 Restaurants 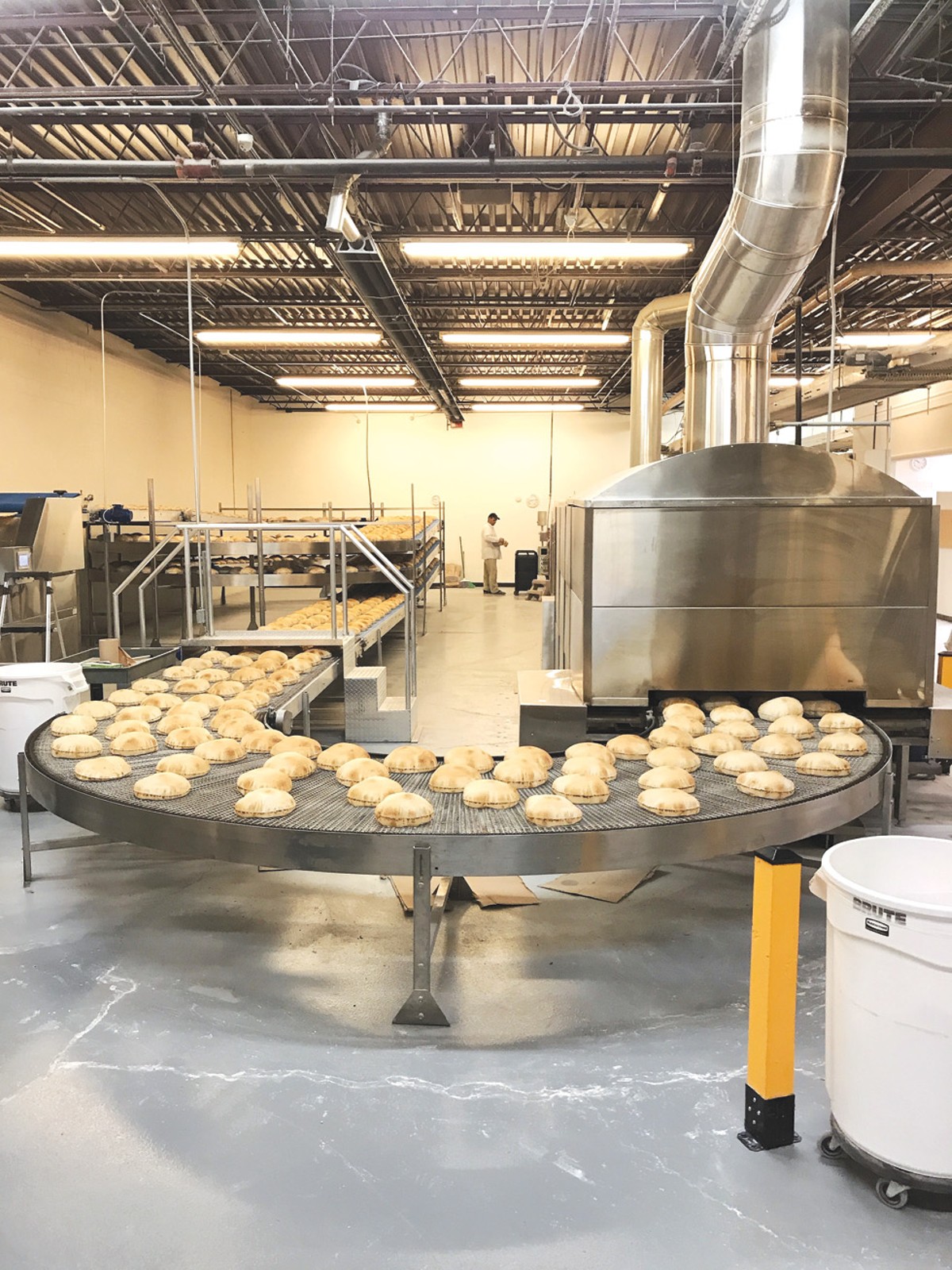 When Fady Chamoun opened his first Aladdin's Eatery in 1994, diners were still very much in the dark when it came to the ins and outs of Middle Eastern cuisine. Sure, Nate's Deli in Ohio City opened its doors six years earlier, but a full two-thirds of its customers regularly passed over exotic-sounding items like fattoush, tabouli and baba ganoush in favor of Greek salads, corned beef sandwiches and hamburgers with french fries.

In the 23 years since that pioneering Lakewood restaurant opened, Chamoun and his wife, Sally, have grown the operation to a remarkable 40 locations in four states. In those early years, Chamoun had to make weekly trips to Detroit or Canada to procure ingredients like tahini, garbanzo beans, Lebanese olive oil and fresh pita that they needed to prepare the food.

"When we opened our first few Aladdin's, it was a little frustrating because every time we needed something we would have to drive to Detroit to buy them," Sally explains. "Sometimes they would have the brands we wanted and sometimes they didn't. So my husband said, 'I have to have my own bakery and commissary.'"

That first hub, opened on Lorain Avenue following the birth of the third Aladdin's Eatery, was a cramped space with a basement bakery. Approximately eight years ago, when the organization was up to six or seven locations, it was time to upgrade the facility, explains Fady's son Fares, president of Aladdin's.

"This facility supports our 40 stores," he says of the 50,000-square-foot warehouse, which is tucked behind the Lakewood Home Depot and employs 40 staffers. "Half of our stores are company owned and the other half are franchises that we sold to people who grew up with us in the business, either at Aladdin's or Taza."

Those road-tripping days are over, thanks to a large warehouse stocked with all the raw ingredients needed to keep each and every shop humming. All food is made from scratch and cooked to order at each restaurant, with the exception of a few items like stuffed grape leaves and kibbe, says Sally, who created all the recipes. "It's very time-consuming with everything done by hand," she says.

Behind a pane of glass, a handful of employees are hunched over a table. With the care and precision of Cuban cigar makers, the workers stuff California grape leaves with a mixture of seasoned rice, chickpeas, tomatoes and parsley before rolling them into tight, impeccably precise logs. In another room, myriad spices are measured, blended, bagged and labeled for use in marinades, salad dressings, tabbouleh, falafel and other menu items. The practice not only assures that the shish tawook in Clintonville tastes identical to what's enjoyed in Pittsburgh, it also keeps the proprietary recipes out of the wrong hands.

The heart of the operation is a brand-new automated production line that cranks out 10,000 to 15,000 fresh-baked pita per day. The gymnasium-size space is hot, steamy and heavy with the heavenly scent of rising and baking bread. Massive blobs of dough move from commercial mixing bowls into a large hopper that spits out hockey puck-size portions. Those pucks travel on lengthy switch-back conveyor belts that give the dough time to proof. Each puck passes through a pair of perpendicular rollers that leave them perfectly round and wafer thin. After making their way down a second, equally long conveyor belt, the discs enter a 1,000-degree baking tunnel where they immediately puff up to the size of a fully inflated whoopee cushion. They bake for just seven seconds before exiting the other end to slowly cool, deflate and get loaded into bags.

In addition to stocking all Aladdin's restaurants, the pitas are shipped and sold under the Jasmine Bakery brand at approximately 100 Middle Eastern markets all over the region. You will not, however, find these pita at American grocers, where they tend to linger too long and go stale. If you live or work in the area, you can also purchase fresh-baked bread at the bakery (12117 Berea Rd.), where a small retail shop also sells a variety of Middle Eastern ingredients and products.

"Ten years ago, this was my husband's dream," Sally says of the compound. "Today, this is exactly where he wanted it to be. And I think 10 years from now it will be an even more state-of-the-art bakery supplying another 50 Aladdin's."