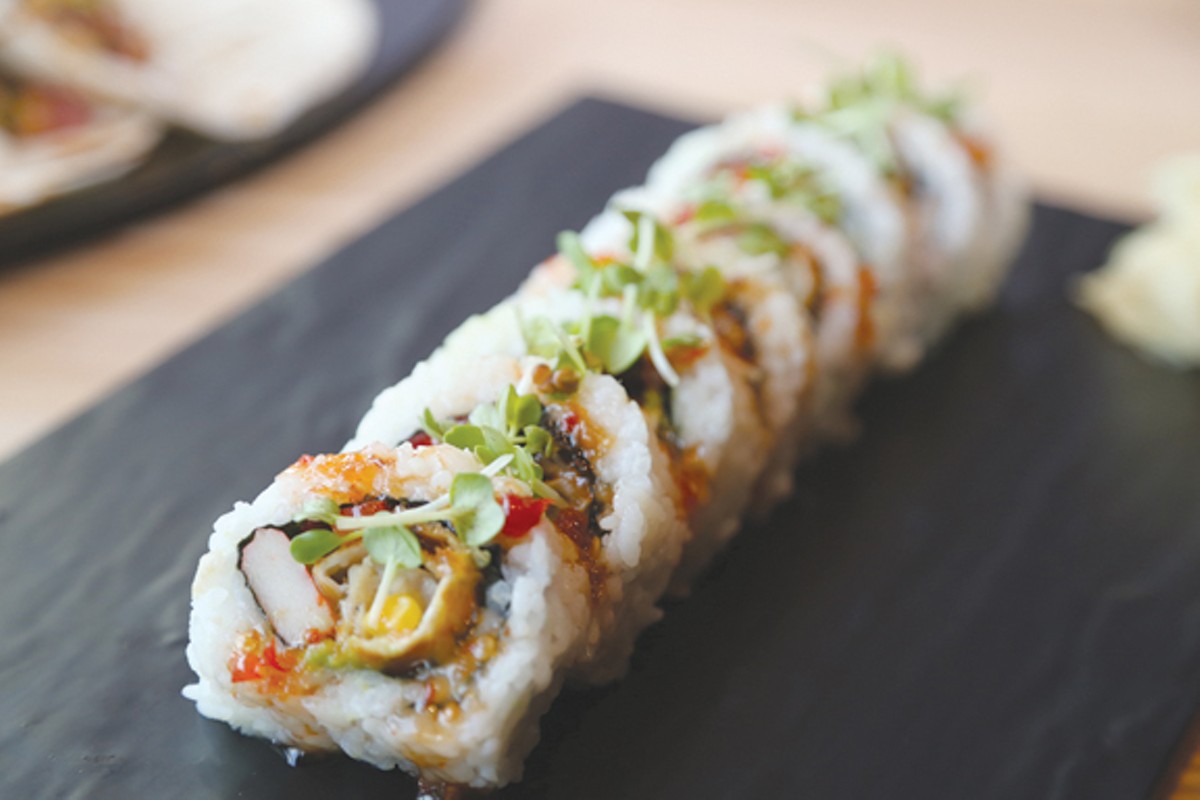 Ordering sake can be intimidating for all but the most seasoned admirers. The Japanese rice wine comes in a multitude of grades, styles, bottle sizes and filtration levels, ranging from cloudy and sweet to crystal clear and bone dry. And then there are those indecipherable names.

Unfortunately, our young server at Voodoo Tuna provided little assistance navigating the drinks menu, which also proved of no help when it came time to order our beverages. Though eager to help, our waitress admitted up front that she hadn't sampled any of them, and she couldn't specify which were served cold and which were served hot, if any. It was a rocky start to an uneven meal at the three-month-old Asian-fusion restaurant in Lakewood.

For years, it seemed, Lakewood residents have been pining for a worthwhile sushi restaurant to add to their considerable dining portfolio. As for whether or not Voodoo Tuna is that restaurant likely hinges on one's preferred style of sushi. Traditionalists won't be convinced to swap their favorite sushi bar for this one, while those who favor contemporary rolls stuffed and gilded with nonconventional ingredients will feel right at home.

Try as I might to avoid them, I always ended up with sushi that was heavy handed and overly dressed. A diminutive listing of nigiri is dwarfed by a lengthy roster of large and larger rolls, some relatively traditional but most taking considerable liberties when it comes to design and construction. A Potsticker Roll ($15), for example, was built around chicken potstickers, which would have been more enjoyable had the meat-filled dumplings been hot. We fared better with the crispy tempura-fried Lakewood Roll ($8) starring faux crab and avocado, but the kitchen crew was too generous with the squeeze bottle of creamy mayo. Even a dish of hamachi sashimi ($7), selected precisely for its characteristically spare presentation, ended up being hijacked by the ponzu-sauced seaweed salad it was served upon.

Steamed buns are fun to eat, plain and simple, and Voodoo's are no exception. There are seven different options, each served by the pair. In the Po' Boy ($7), the warm and squishy buns make an excellent backdrop for the crispy deep-fried shrimp, crunchy slaw and twin sauces. Others are filled with barbecued eel with unagi sauce, orange beef tenderloin, or chicken yakitori. We barely touched our oddly textured tuna tacos ($12), Cajun-marinated tuna chunks and fried wonton strips in floppy flour tortillas.

Despite being deep-fried instead of pan-fried, the chicken potstickers ($8) arrive hot, crispy and well-seasoned inside. They are paired with a cold sesame noodle-style salad. An appetizer that gets very mixed reviews at our table one night is the lobster nachos ($13), which have almost nothing in common with nachos of any kind. A mound of cold lobster salad is layered atop guacamole and ringed by fried wonton strips that are drizzled with yet another sweet glaze. It's more of a dip really, and one that could use some retooling.

In addition to the rolls, the menu offers more than a few "bowls," items that range from shrimp and tofu pad Thai (topped with a poached egg) to calamari in a spicy pepper broth. Tender beef slices, earthy mushrooms and pleasantly chewy udon noodles in a robust broth combine to form a savory and satisfying bowl ($16). But the ramen noodles in the Voodoo Ramen ($15) had a starchy, gummy texture that made them feel undercooked and overcooked at the same time. We sidestepped them in favor of the juicy chicken, spicy andouille sausage and zesty Cajun miso broth.

Voodoo Tuna feels like a toned down Sushi Rock, a trendy lounge-like space that likely will feel dated before too long. LED lighting imperceptibly shifts from hue to hue and the twin bars — one dedicated to drink-making and the other to sushi-rolling ­— only serve to heighten the clubby vibe. Come early and the restaurant glides smoothly through the courses. Come later and the noise picks up, the service drops off and the emphasis appears to shift from food to fun.

Regarding the sake. We never did end up ordering any despite our fondness for it, especially when paired with sushi and sashimi. But at prices ranging from $12 to $18 for unspecified bottle sizes and convoluted sweetness ratings, we couldn't pull the trigger. Instead, we ordered a tasty gin-hibiscus-strawberry cocktail ($10) and cherry picked one of the few lighter beers off a draft list loaded with heavy, fruited and spiced crafts that seemed out of place in a sushi restaurant.

But then again, Voodoo Tuna is not your typical sushi restaurant.