What Happened to Late-Night Dining in Cleveland? 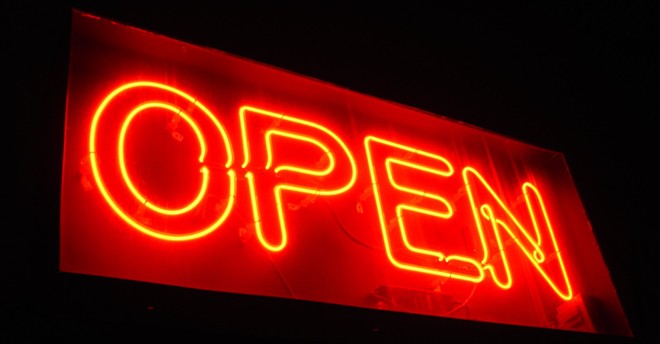 In 2000, a diner could stumble out of a Tremont bar or gallery well after midnight and have his or her pick of prime places to eat. Maybe you wanted to post up at Lola for a dozen oysters and a lobster club sandwich. Across the street, Mojo would still be slinging flavorful small plates like Thai beef salads with zippy red curry. If you were in the mood for an even hipper vibe, you would head over to Lava Lounge for some calamari and cavatelli with a side of DJ-spun vinyl.

For modern-day diners in search of late-night food that isn’t a burger, pizza or gyro, the options have all but dried up. Sure, there’s the all-night diner, but even those are vanishing faster than the coral reefs, and try finding something open past 9 p.m. or so downtown.

What the hell happened to late-night dining, you might be wondering. Depending on who you ask, the phenomenon is a casualty of shifting demographics, increased restaurant competition and a labor pool that still hasn’t recovered from Covid.

Ricardo Sandoval recalls those golden years with glee. As the owner of Fat Cats and Lava Lounge, he would regularly host diners clear up until 2 a.m. most evenings, often doing his best business in those wee hours of the day.

“In my case, all the guys from Lola basically subsidized Lava Lounge for me,” he explains. “When they were finished with their shift, they would pile into that place and drink everything we had and eat everything on the menu.”

Tremont in the early aughts was filled with artists, musicians and service industry workers, precisely the sort of people who prefer rowdy late nights over clear-eyed mornings. As more and more of those residents were edged out of the neighborhood, Sandoval argues, the slower and slower his late-night business became.

“The whole demographic is changing,” he says. “There was a major demand for late-night dining, especially among artists and service people. But the people who used to live in this neighborhood got pushed out by families and professionals.”

Few industry vets boast more first-hand experience than Randy Kelly and Linda Syrek. Before opening ABC and XYZ Taverns, the couple worked together at the Parkview Nite Club when that joint was balls to the wall right up until close every single night of the week.

“Back when we were at the Parkview, the bands wouldn’t even start until 10 p.m. and people would order full meals until 2 a.m. seven days a week,” Kelly recalls.

It was a trend the couple would rekindle a few years later in Ohio City, when that neighborhood was really taking off as a drinking and dining destination.

“At ABC, we were seven days a week until two in the morning, with the kitchen, and it was always worth it,” says Kelly. “Sometimes, that last hour in the kitchen was our busiest hour all weekend.”

But as more and more restaurants open, the pie of late-night business gets carved into thinner and thinner slices until the economics no longer works out in the owner’s favor. ABC still serves food until 1 a.m., but the days of operation have been whittled down to five per week.

“We pay our staff well and offer them benefits, but it’s a big financial commitment,” Kelly adds. “If the demand was there, no doubt we would stay open until 2, at least on weekends.”

For a provider of late-night food to even stand a chance of succeeding, the operator needs either to be in the business of selling booze or be in close proximity to others who do.

“That’s how we started our concept, by doing this outside of the bars from 11 p.m. until 3 in the morning,” says Natalie Bata, who along with partner Keene Cockburn runs Cocky’s Bagels.

Camped outside Around the Corner bar in Lakewood, Bata and Cockburn made their living off the bellies of tipsy bargoers, who would grab a filling bagel sandwich or two on their way home. But even a business plan as seemingly watertight as that one has its flaws, says Bata.

“The demand is at 2 a.m., but not until,” she explains. “We would sit idle from midnight until after the bars closed. People would rather keep drinking for as long as they can and then drunkenly stumble upon us before hopping in their Uber.”

Bata and Cockburn parlayed the money they earned from the food truck into a brick-and-mortar shop in North Olmsted. This year, the team expanded once again with a second Cocky’s Bagels in the Flats. But this time, instead of subsisting on the post-bar crowd, Cocky’s is the bar. Originally, the aim was to revive the 3 a.m. last call that started it all but staffing challenges have put those plans on the backburner for now, says Bata.

In addition to upending the hospitality industry on the labor side, Covid has undeniably affected the way consumers interact with restaurants, say owners.

“Two years of Covid has changed people’s habits on the customer side,” Kelly argues. “They start earlier, end earlier and hang out at home more often. Happy hour is huge, but coming in to eat at 8, 9 or 10 p.m. is just not there.”

Sandoval has been in this business long enough to still believe that if you build it, they will come. But he doesn’t see the same level of interest and commitment from chef-owners that existed in the gutsy late-`90s and early aughts.

“If you want to succeed at late-night dining you need to have the product and the service,” Sandoval says. “If you have good food and service, you’ll be busy because the people in this business are still starved to go out to those places. It seems easy, but that’s the hardest part of it. But I don’t think the desire is there.”