What Has Two Claws and Needs to Step it Up? The Reborn Lobster Pot in Willoughby Hills 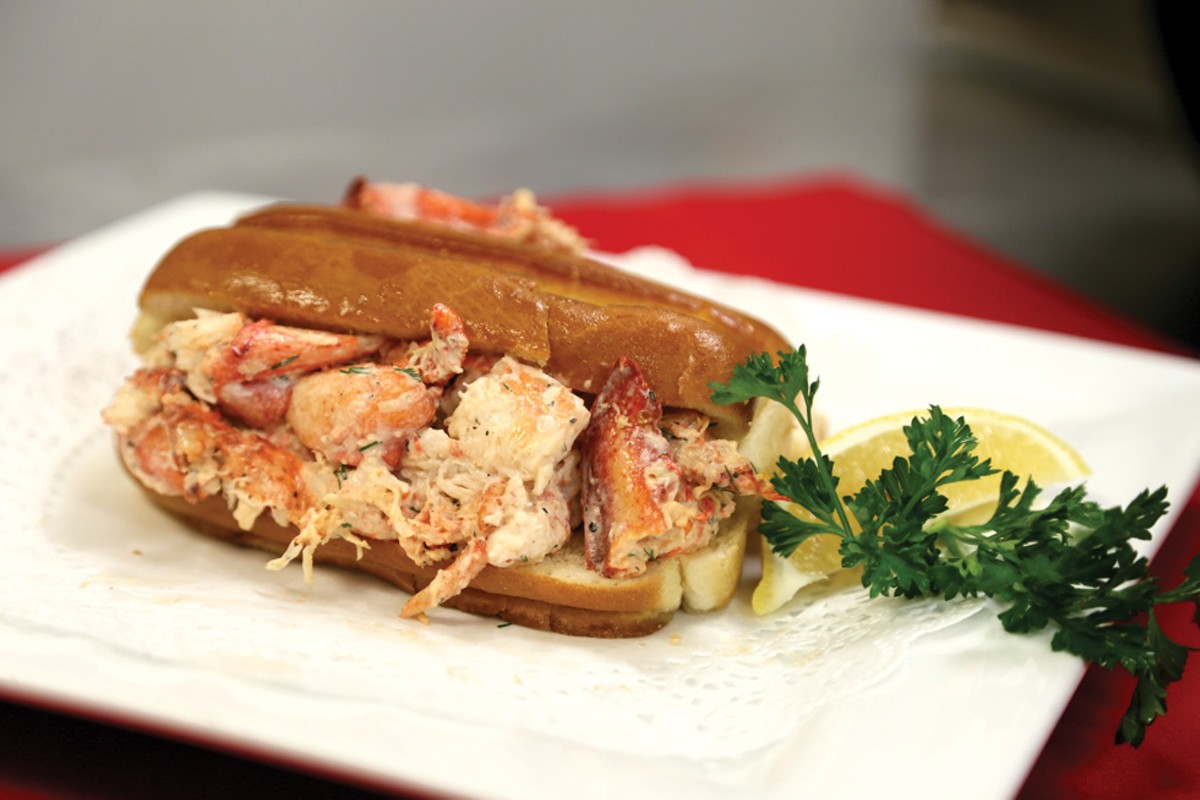 There literally is almost nothing easier to cook than a live lobster. For something so decadent, so delicious, it really is remarkable that all a home cook needs to know how to do is boil water and set a timer. The real hassle, as anybody who has done the deed can attest, is everything else, from sourcing a fresh specimen to cleaning up the bloody mess afterwards. Cumbersome stockpots need to be scoured, butter-stained linens must be treated and laundered, and a million tiny shell fragments have to be hoovered off the floor before the dog chokes half to death. And then there's the smell, a clam-shack perfume that lingers long after the memories of the feast have faded.

Fortunately, there are places like the Lobster Pot, where diners can enjoy all of the good while leaving most of the bad to others. The Willoughby Hills restaurant is a reprise of an old favorite that existed for 30-odd years in South Euclid. This new spot was opened, a few months back, by Chris Haffey, the son of the original owner. Like the previous haunt, this one happily leans casual, where music from the adjacent barroom seeps into the dining room and spontaneous conversations between tables are commonplace.

Bright red, cleaved in two, and flush with roe, our lobster ($33) arrived perfectly steamed and was a breeze to eat and enjoy. If we had to guess (and because we left our hanging scale at home, we did), the small lobster fell short of the advertised weight of a pound and a quarter. But we were more disappointed by the fact that we had no choice at all when it came to the size of our dinner. Our dreams of pigging out on a jumbo crustacean were dashed by a menu notation stating that anything above the standard size requires a two-day notice.

Initial plans called for Haffey to install a live lobster tank, but the only tank in sight was filled with tropical fish, none of which looked large enough to eat. Our server explained that, for now at least, daily orders from the fishmonger would replace a large tank filled with variety. While that lobster did come with warm drawn butter and a pair of sides, it did not include the offer of a pre-meal bib or post-meal Wet-Naps until requested.

I never made it to the first Lobster Pot, but its fine reputation for lobster bisque endured long after its demise. The version served here ($7) arrives ominously viscous, a condition that is only partially corrected by the addition of sherry, which is served as a sidecar to the bowl. A complete and utter absence of lobster meat doesn't stand in the way of the deep, rich and comforting flavors of the bisque.

Rounding out our lobster-themed dishes at the Lobster Pot, the lobster roll ($19 for a pair of small buns) violated three of the four cardinal rules: the filling was over-dressed, excessively garnished and, worst of all, it wasn't even 100-percent lobster meat. Inside the buttered, toasted split-top bun (point!) was a mix of chopped meat, whole langoustino tails, and loads of sliced celery in a watery mayo-based dressing. Additional lobster-based menu items include a lobster pizza, twin butterflied tails, and lobster Newburg served atop a bed of risotto.

If that risotto is anything like the risotto that propped up our seared sea scallops ($26), it likely is gummy, pasty and largely congealed into one solid mass. We picked the four sweet, garlicky scallops off the top and left the risotto largely untouched. Sadly, the situation was nearly identical in the case of the shrimp sauté ($24), whereby four plump, perfectly cooked shrimp bathed in lemon butter were presented atop a nest of angel hair pasta so overcooked that it was mushy.

We had more fun splashing around in the starter section. Deep-fried whole-belly clams ($12) really did remind us of a Downeast feast. The golden brown nuggets were fat, fleshy and clean tasting. Nearly a dozen specimens were served with fresh lemon and tartar sauce. Same goes for the fried smelts ($10), which had an herbed breading and firm, fresh texture. A quartet of golf ball-size hushpuppies ($6), while more dense than airy, possess a comforting corn flavor.

Service throughout our meal was gracious and unceremonious – so unceremonious, in fact, that our server felt comfortable sweeping up around us as we finished our meal at 9:30 p.m. It's not like the dining room is built for lingering. In an attempt to introduce character to a generic shopping plaza space, management hung a few off-the-shelf nautical knick-knacks. The tactic is about as effective as hanging a poster of a Lamborghini in hopes of mimicking the sizzle of South Beach.