A Conspiracy Of Dunces 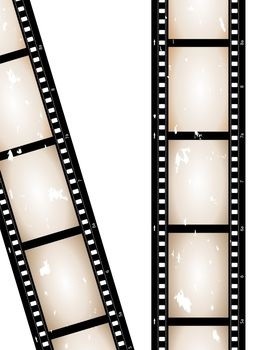 The 2007 nonfiction feature Strange Culture possibly attributes too much to an evil conspiracy instead of just the big-government bureaucratic idiocy inherent in the Patriot Act. But occasionally, it makes a scary case.

It has at least as much of a case as the U.S. government thought it had with artist-activist Steve Kurtz, a SUNY-Buffalo instructor and co-founder of a collective called the Critical Art Ensemble, who'll be in town to talk about the film at 2:30 p.m. Friday, March 20. On May 11, 2004, his wife and collaborator Hope died of heart failure in her sleep at their home.

Paramedics were struck not only by the freakishness of someone succumbing to cardiac arrest at 45, but by Kurtz's cache of Petri dishes and lab equipment. They cued a full FBI investigation of him and his work. It turns out that the Critical Art Ensemble was staging "installations" to expose the widespread use of genetically modified organisms (GMOs) in agribusiness food. Kurtz and other "performers" were setting up portable testing labs and demonstrating samples of bacteria in gallery settings.

A zealous prosecutor, juiced with post-911 powers of search/seizure, descended on the collective as potential "terrorists," even though Hope's autopsy divulged no connection to the micro-organisms, and the mad-scientist gear was nothing that any commercial clinic or school couldn't order from Edmund Scientific. In the film, many hip, black-clad scenesters accuse the feds of trying to set a precedent by indicting Kurtz. If the anti-GMO exhibitions of Critical Art Ensemble could be squelched with legal harassment and spurious smears, the conspiracy thinking goes, so could any dissent detrimental to the goals and profits of Republican corporate America.

In presenting this argument, Strange Culture does a curious thing. Kurtz, Hope and their SUNY-Buffalo colleagues are impersonated from time to time by actors, who then step out of their roles to comment with their own POVs about GMOs, DNA, the FBI and 9/11, while the real Kurtz (who refers to Hope's death as "5/11") muses that Steve Buscemi might have been more apt casting. The rationale appears to be that since the case had not gone to trial when work on Strange Culture started, so Kurtz could not legally talk about it, what might have been supplied by his testimony had to be scripted in an American Splendor-like gene-splicing of re-enactment and straight documentary.