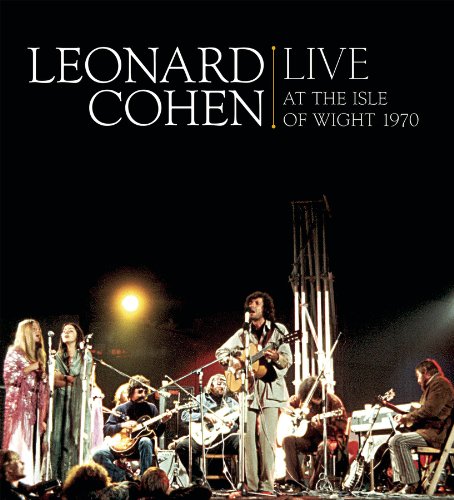 While Woodstock was three days of (relative) peace and love, the 1970 Isle of Wight festival was a far more raucous affair. Documentary filmmaker Murray Lerner was there for the entire time, filming the performances for a documentary that wouldn’t see the light of day until 1995. His footage of Leonard Cohen’s mesmerizing performance that stilled a crowd ready to riot makes up the DVD portion of Leonard Cohen: Live at the Isle of Wight 1970, a new CD/DVD release which is in stores tomorrow. Lerner recently spoke about his footage and recalled his experiences at the historic concert.

Leonard Cohen didn’t come out onto the stage until something like 2 a.m. What was your state of mind at that hour?
Well, I was anxious. We had been going for more than five days because we had filmed before concert as well. I had hoped it would be a successful performance because I didn’t want it to end badly. I knew it was acoustic, so I was really worried. We were tired but we were so excited that tiredness wasn’t a problem. When he walked out with his guitar, I thought, “Uh-ho.” But the magic of his singing and lyrics took over and he had the crowd in the palm of his hand. A lot of hs remarks spoke to what the crowd felt. They had been rebellious, but they realized they couldn’t win the war. He expressed his sympathy for their ideals. He made them part of the thing by saying, “Light a match” and so-forth. His banter was very helpful when pulling the crowd in and his lyrics were important because they made people fell like something was happening emotionally. It carried the day.