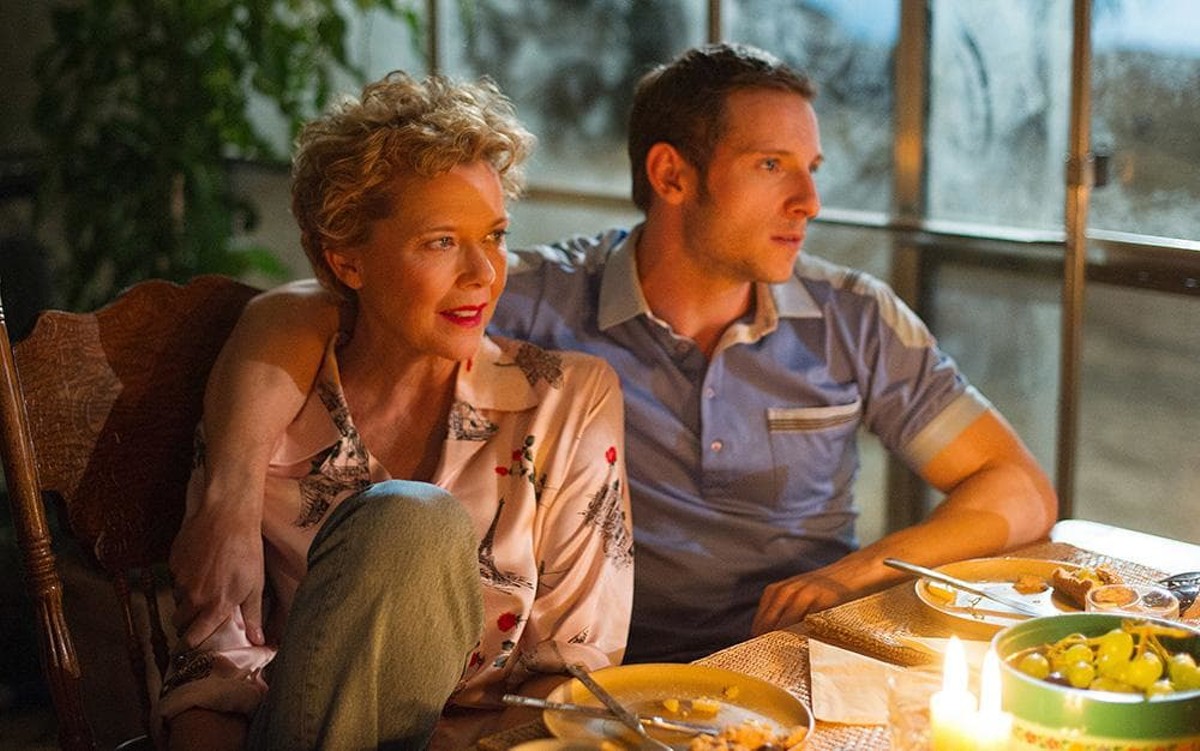 When Jamie Bell and Julie Walters last shared a screen, in 2000's Billy Elliot, they warmed the hearts of millions, nabbed three Oscar nominations (including one for Walters) and inspired a Broadway musical. In Paul McGuighan's new flick, Film Stars Don't Die in Liverpool, which opens Friday in limited release, they are together again, as mother and son.

But the central relationship in Film Stars is not between a young man and his mother; it's between a young man and an ailing black-and-white film star, none other than Gloria Grahame (Annette Bening). Having collapsed before a performance of The Glass Menagerie in nearby Manchester, Grahame repairs to Liverpool, to the home of her much-younger former boyfriend, Peter Turner (Bell) and his working-class family. As the Turners struggle with how best to care for Grahame, we watch the romance unfold via flashback. Despite moments of tenderness, Film Stars is ultimately a somber-ass affair.

Peter is trying to make it as an actor in London in the late 1970s when he meets a washed-up Grahame, dancing (aerobically?) in the downstairs unit of the apartment complex he shares. They dance together in a cute scene, Peter aping Travolta from Saturday Night Fever. He's naturally taken with the allure of this former Hollywood star, as she is with the youth and vigor of this strapping neighbor. But their initial attractions — she's famous, he's young — become real affection. They begin a relationship, though it's fraught with challenges, not the least of which is others' anxiety about their age gap (Grahame, at the time, had already dispensed with four previous husbands) and Grahame's private medical woes.

I'm not fluent enough in Grahame's credits or offscreen mannerisms to comment on the faithfulness of Bening's portrayal, thought I trust the Betty-Boop vocals are on point. In any case, hers is a captivating and sometimes devastating portrait of a woman refusing to age. She seems at times almost delusional. When she tells Peter in an early scene that she wants to audition for the part of Juliet at the Royal Shakespeare Company, and Peter snickers, she's wounded. "You think I'm just an old lady," she accuses him. Her woundedness is a weapon, and in Bening's hands, it is wielded both to manipulate and seduce. It works.

Shakespeare returns later, in the film's most lovely and affecting scene, when the fire between them seems, at last, legitimate and credible.

Film Stars is unique for at least two reasons. For one, it's exceptionally rare to see a sexual relationship between a young man and a much older woman. The Graduate naturally comes to mind, but I can't recall a recent movie in which the relationship was this serious — not a fetish or fling — and the gap this significant. Bening is a lot closer to Julie Walters' zip code than Bell's.

It's also rare, and frankly sweet, to see a portrayal of a celebrity interacting so lovingly with regular folks. As Bella Turner combs Grahame's hair, or as Peter and his brother help her down the stairs in her nightgown or wheelchair, we recognize that film stars are just like us. They might not die in Liverpool, but they still make mistakes, get sick, fall in love.