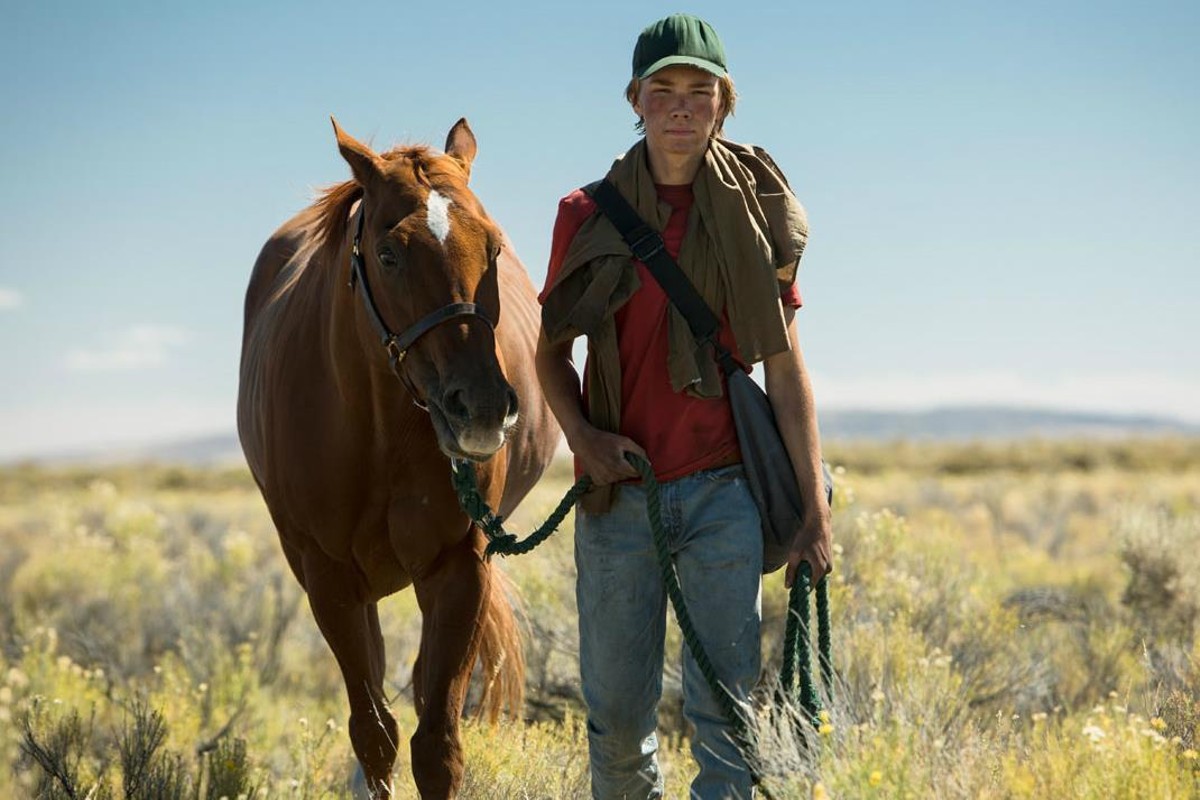 Is actor Charlie Plummer a "major talent," as early reviews for Andrew Haigh's new drama Lean on Pete, adapted from the novel of the same name, would have us believe? The young waifish star also appeared in the 2017 Ridley Scott snoozer All the Money in the World and remains, in this critic's estimation, Hollywood's lowest-energy onscreen presence. In Lean on Pete, he plays 15-year-old Charley Thompson, and can often be spotted jogging from one awful mishap to the next whilst brushing his stringy blond hair from his vast forehead, struggling to finish words and sentences. In a scene with washed-up horse trainer Dell Montgomery (Steve Buscemi), with whom Charley gets an informal summer job, his table manners and conversation game are so poor that Dell calls it quits mid-meal.

I confess that at various points throughout the film, I was tempted to call it quits myself. During an extended stretch in which Charley leads his horse, the eponymous Lean on Pete, through the deserts of Eastern Oregon and Western Wyoming, he tells Pete stories of his youth that I was surprised to find that I cared not one iota about. Only in light of my ethical duty as a critic did I remain in my seat to endure the film in totality, and therefore pen a more honest review.

You feel for the kid. You really do. No question. At the start, he's living outside Portland with his low-life single dad (an overexpressive Travis Fimmel) and manages to get $10, then $50, from a horse owner who cobbles together a living running his quarter horses at low-rent racetracks across the Pacific Northwest, usually cheating in one way or another with the help of his star jockey (Chloe Sevigny). This hardscrabble existence is conveyed competently enough, and the story periodically finds itself on the brink of engaging narrative trajectories: A race track scandal? A Seabiscuit ascendancy? A romance? A murder? Nope. Midway through the film, we discern its actual plot.

And it's your standard Free Willy derivative, sans Disney sentimentality. Charley befriends the aging Lean on Pete – though we see no cutesy evidence of this man-beast companionship emerging – and conspires to run away with him when he learns that he'll be sold to Mexico for slaughter. At which point the film takes a very boring turn. Charley's attempts to get to Wyoming to reconnect with an Aunt Margy are beset by a host of obstacles: car trouble, money trouble, personnel trouble.

Basically, it's a series of Little Prince-ish vignettes. During one pit stop, Charley attempts to dine and dash. During another, he enjoys Sloppy Joes with a couple of recent Army vets and their neighbor, who's cruel to his obese niece. Washing the dishes afterwards, Charley asks her why she lets him treat her like that. Meantime, I'm thinking to myself: Where the hell are we? Who are these people? Where is this movie going?

Wyoming, that's where. Charley only has scraps of information about his Aunt Margy, and his trek is a heroic, if plodding one. The issue for me was that the second half of the film was so out of step with the first that the run time felt about an hour-and-a-half longer than its already considerable two hours and two minutes.

This is one slow, naturalistic burn, which features lovely scenery of the American West but was probably stronger in literary form. Poor Pete turns out to be pretty incidental to the story, which is ultimately one of human sadness and the desire to belong somewhere.