Break Out the Cheesecake: The Golden Girls Are Coming to the Big Screen at Cedar Lee for a Special Engagement 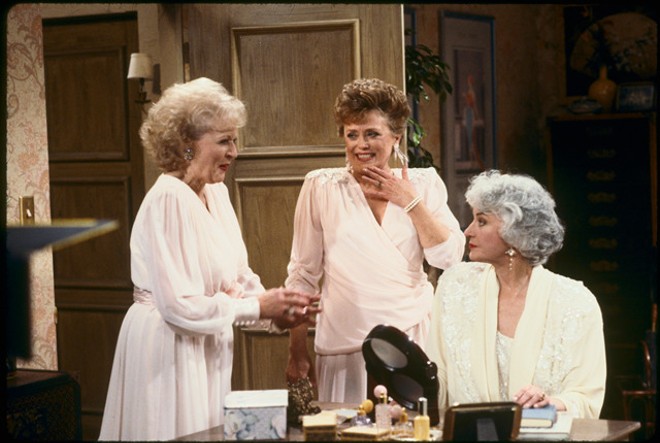 
Thank you for being a friend, Cleveland Cinemas, and bringing the beloved Golden Girls to the big screen at the Cedar Lee for a special September 14th engagement, "Forever Golden! A Celebration of the Golden Girls."

Golden Girls was way ahead of its time in tone, topics and humor, as well as for showing that women cultivated fulfilling and engaging — and very sexual, in the case of Blache — lives beyond their 20s. Heck, even beyond their 40s. It was the original Sex and the City and so damn good.

“There’s a reason The Golden Girls was nominated and won so many comedy awards. It’s just that funny,’” said Ray Nutt, Fathom Events CEO, in a release. “This celebration of the hilarious show is a treat for existing fans as well as a whole new generation to experience this classic sitcom.”

So put on your best Dorothy Zbornak power blazer, grab some cheesecake and imagine yourself on a lanai while you enjoy watching the following episodes:

*The Pilot
*Grab That Dough
*Journey To The Center Of Attention
*Henny Penny-Straight, No Chaser
*The Case Of The Libertine Belle

Cedar Lee will be offering a fan celebration separate from the admission ticket as well as Golden Girl-themed cocktails, a trivia contest and more.