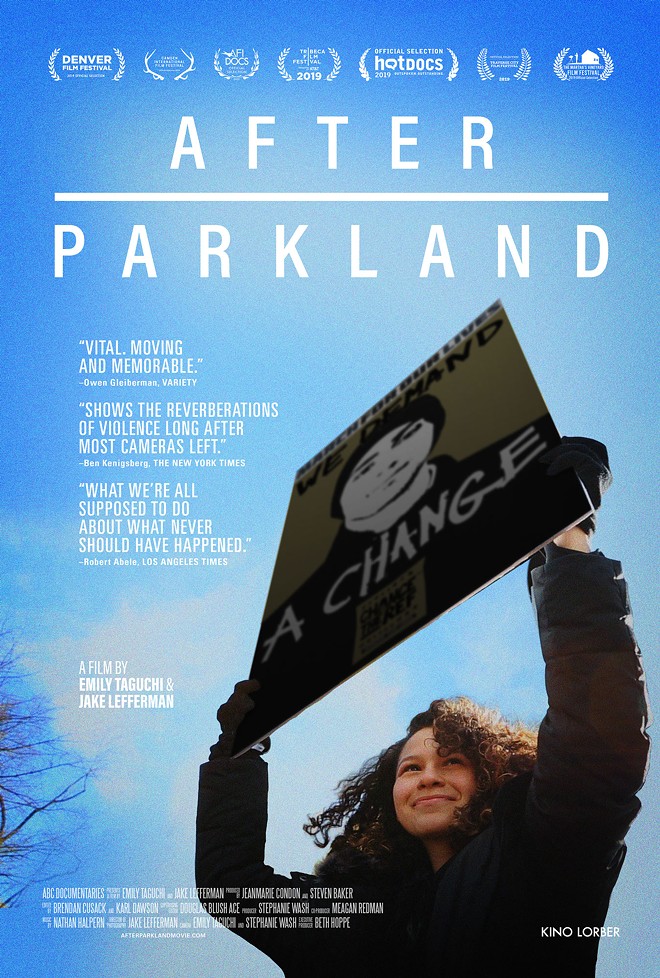 IMDb
The Capitol Theatre will host a special screening of the documentary After Parkland Wednesday, Feb. 12 at 7:30 p.m. to commemorate the second anniversary of the deadly shooting at Marjory Stoneman Douglas High School in 2018.

The film follows students and their families in the days following the attack which killed 17, and the "Never Again" movement, led by David Hogg, which emerged in the wake of the violence. The screening will be followed by an audience discussion with representatives from the Ohio Coalition Against Gun Violence (OCAGV). Portions of the evening's concessions sales will also be donated to OCAGV.

“The Capitol Theatre is proud to play a vital role in the community by showing important films such as After Parkland,” said Cleveland Cinemas' Dave Huffman, in a statement provided to the media. "What sets the Capitol apart from other theatres is our dedication to present great documentaries like this and hosting audience discussions."