The Cleveland Institute of Art Cinematheque is showing several great movies this weekend. Here are capsule reviews of just a few of them. 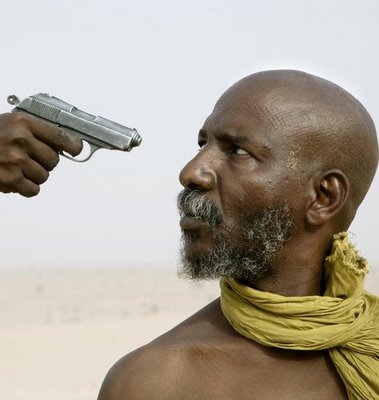 Dry Season (Chad/France/Belgium/Austria, 2006) Named Atim or “Orphan” because his father was killed before he was born, a teenager (Ali Bacha Barkai) sets out with a gun to avenge his father’s death in this film about life in Chad during a period of political instability. When Atim finally meets his father’s murderer, a baker named Nassara (Youssouf Djaoro), the man is handing out bread to the homeless. Atim starts working for Nassara and develops a relationship with him that’s tantamount to that of a father and his son. Nassara even tells Asim he wants to adopt him. Even though Nassara shows that he cares for Atim and promises to make him into a good baker, the man’s got a temper and doesn’t let Atim get away with anything. The resolution is hardly what you’d expect. The film really captures the country’s beauty as the shots of the city depict a vibrant, colorful place where people are surviving despite harsh political realities. At 7 p.m. Thursday, June 25 and 8:55 p.m. Sunday, June 28. *** (Jeff Niesel)

Hoppity Goes to Town (US, 1941) Imagine in a parallel universe where there’s no Disneyland but rather, Fleischerland. Could have happened were it not for the conclusive box-office failure of this feature from Walt Disney’s rival, the Max and Dave Fleischer animation factory (then overseen by Paramount), wellspring of Popeye, Superman and Betty Boop shorts, which made only two long-form cartoons — a moderately successful Gulliver’s Travels and this much less-revived original fantasy (alternately known as Bugville and Mr. Bug Goes to Town, which foreshadows both Pixar’s A Bug’s Life and Japan’s Twilight of the Cockroaches. The Fleischer team may have lagged some in the storytelling finesse and memorable character creation, but their visual marvels here could match (or exceed) the Magic Kingdom. Set in a small, overgrown urban lot where a community of insects (and one pessimist snail, who speaks in doleful rhyme) are endangered by foot traffic from the gigantic “human ones” after a fence breaks, it revolves around an old-timey love triangle between the grasshopper hero, a villainous landlord beetle and a demure she-bee (named Honey, of course). Sentimental Hoagy Carmichael-Frank Loesser soundtrack songs aren’t very catchy, but just soak up the visuals: painstakingly hand-drawn cityscapes, shifting perspectives that presage CGI, a spectacularly trippy scene in which Hoppity touches the ancestor of the Bug Zapper, and the knockout closer of a skyscraper erection shown from the tiny protags’ POV. Not a classic, but still a real find for animation addicts. At 6:30 p.m. Friday, June 26, and 4:45 p.m. Saturday, June 27. *** (Charles Cassady Jr.)

Shadows of Forgotten Ancestors (USSR, 1964) A film truly outside of time, Sergei Paradjanov’s celluloid folktale looks like nothing else made in 1964. Drawing on a rich heritage of Carpathian-Ukrainian myths, costumes, color and pageantry, the tapestry-like story starts off in Romeo-and-Juliet fashion but ultimately follows transfixingly unfamiliar roads, through birch-covered haunted mountains, with peasant boy Ivan falling in love with the daughter of the enemy who killed his father. The girl’s accidental death sends the adult Ivan into a funk of hopeless grief, a wound of loss and yearning that not even time and marriage to another can heal, culminating in sorcery and revenge. For his art-crime of breaking radically with the official style of socialist realism to make this bold cinematic ballad, Paradjanov himself suffered professionally and personally under Soviet authorities, but the film stands as his masterwork. At 9:55 p.m. Saturday, June 27, and 7 p.m. Sunday, June 28. **** (Cassady) 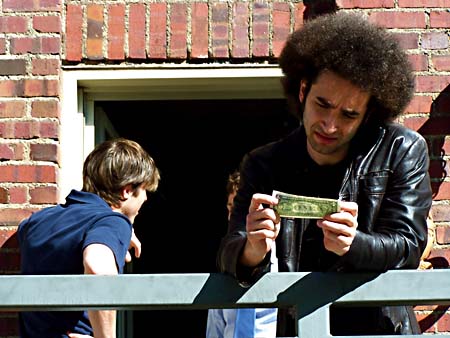 Skills Like This (US, 2007) An affable, Denver-lensed shaggy-dog caper comedy about a group of twentysomething slacker types who impulsively embark upon a half-assed crime spree. First-time director Monty Miranda finds just the right tone here — bemused and affectionate without a whiff of smugness — to sell a premise that could have easily devolved into boorishness. As leader-of-the-pack Max, Spencer Berger (who wrote the film’s clever screenplay) makes a most appealing protagonist and graciously cedes the movie’s biggest laughs to Brian D. Phelan (a riot as Tommy, the group’s resident screw-up). A romantic subplot in which Max courts the bank teller (Kerry Knuppe) who helped him get away with his first robbery is a sweet diversion from the boys-will-be-boys antics. Plenty of young American indie directors have aped Tarantino over the years, but few have finessed the job as charmingly — and with such a lightness of touch — as Miranda. At 9:55 p.m. Friday, June 26, and 8:10 p.m. Saturday, June 27. *** (Milan Paurich)