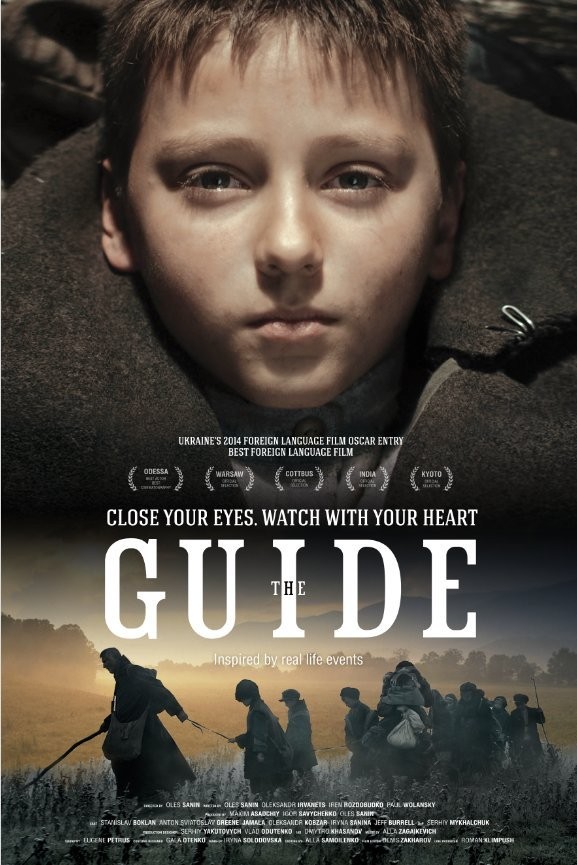 The Guide, dir. by Oles Sanin

The Cedar Lee Theatre in Cleveland Heights will play host Tuesday evening to a screening of the Ukrainian film The Guide to raise funds for humanitarian relief.

The screening is part of a national project called Stand With Ukraine Through Film, in which at least 600 theaters across the country have now screened the film and raised more than $130,000.

"We are delighted that Cedar Lee Theatre is supporting this international effort to stand with the people of Ukraine during this time of crisis," said Lisa Vucelich, a spokesperson for the project. "With so many Ukrainian Americans living in the Cleveland area, it is especially valuable that the Cedar Lee is screening this 2014 Ukrainian film."

The Guide is a 2014 drama directed by Ukrainian filmmaker Oles Sanin. It is set in 1930s Ukraine and Stalin's infamous Holodomor, the Terror Famine that led to the starvation and death of millions.  The two-hour film follows Peter, the son of an American engineer, who is rescued by a blind musician — a Ukrainian Kobzar — after his father's death. Together they must evade capture and flee to safety.

Sanin, who went on to direct a documentary about the struggle for democracy in Ukraine, has remained in Kyiv for the duration of the current conflict.

The Guide was Ukraine's entry in the Best Foreign Language Film category at the 2015 Academy Awards but did not receive a nomination.

Tickets for the special screening (7/26, 7 p.m.) are $15 and are available for purchase at Cleveland Cinemas' website. Additional donations will be accepted at the event via QR code.