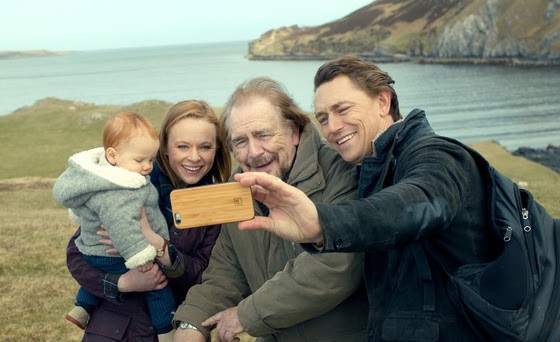 Courtesy of CIFF
Produced by Academy Award-winner Arthur Cohn and co-directed by Mihal Brezis and Oded Binnun, The Etruscan Smile, a film about a Scottish man who travels from his home on Hebridean Island to seek medical treatment in San Francisco, will open the 43rd annual Cleveland international Film Festival.

It screens at 7 p.m. on Wednesday, March 27, at Connor Palace. A reception takes place afterward in the State Theatre.

At 7 p.m. on Sunday, April 7, the festival will close with The Public, a film written and directed by Emilio Estevez. Estevez also stars in the film, which boasts an ensemble cast that includes Alec Baldwin, Jena Malone, Christian Slater, Gabrielle Union, Taylor Schilling, Jacob Vargas, Michael Kenneth Williams and Jeffrey Wright. That screening will take place at Tower City Cinemas. The Closing Night Ceremony (dessert reception and awards presentation) will happen at Tower City Center Grand Staircase after the screening.