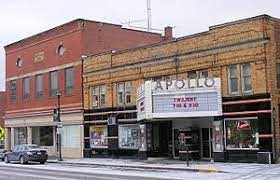 As with larger chains, the Apollo will abide by industry safety protocols and will require patrons to wear masks when not consuming refreshments. In a press release announcing the reopening, Cleveland Cinemas said the capacity in the theatre's main auditorium and smaller screening room have been reduced by half to accommodate physical distancing.

The big opening on June 4 will be Disney's Cruella, but the remainder of the month will showcase hotly anticipated releases as well: The adaptation of the Tony-winning Broadway musical In the Heights on June 11, Peter Rabbit on June 18, and F9, undoubtedly the Fast and the Furious franchise's fastest and most furious installment yet, on June 25.