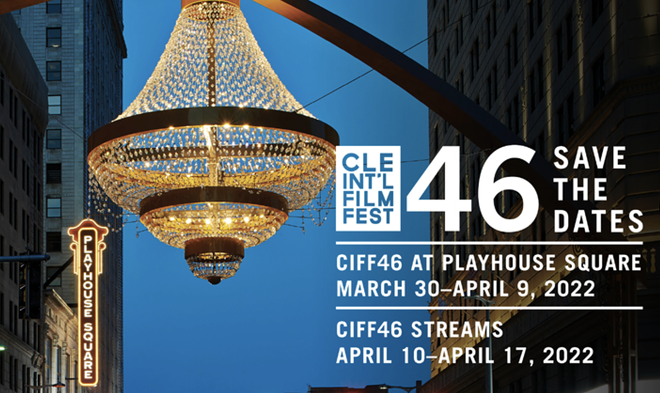 
After two years of online-only programming, the Cleveland International Film Festival today announced a return to in-person screenings for the 2022 iteration, which will also be its first at Playhouse Square after decades at the now-closed Tower City Cinemas.

In addition to the regular festival, which will run March 30 through April 9, CIFF will bring back the CIFF Streams for a full week after the closing film featuring hundreds of the movies from the in-person fest.

“A hybrid Festival of in-person and online offerings affords our audience a multitude of viewing options and opportunities," said CIFF's Marcie Goodman in a release. "We will continue to strive for increased accessibility to film and to the Festival throughout our presentation for CIFF46, from start to finish.”

Ticket and pass information will be released in the coming weeks. Stay tuned to clevelandfilm.org for updates.