The Hard Word is like most other heist films, only less so. 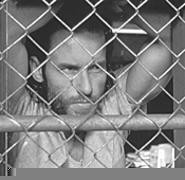 The heist-film genre, especially in recent years, practices the most blatant brand of cinematic swindle. It's built upon little more than pilfered plots and purloined characters, and the closer we inspect the goods, the more we discover that the diamonds are phony, the bills counterfeit, the treasure utterly worthless. Who can tell apart the litany of con jobs that parade across screens like would-be felons in a police lineup? They speak the same language, dance the same hustle, double-cross themselves into pretzel knots -- the usual suspects, in other words, if not the very same ones. No one is who he seems in these movies, but only if you've never seen a movie, because, really, everyone's just who he seems -- in this case, the Good Bad Guy Who Wants to Retire, the Two-Timing Wife Who May or May Not Love Her Husband, the Attorney Who Springs His Client Only to Hire Him for Robberies, the Cops on the Take, the Armed and Dangerous Psycho Who Botches the Job, and the hangers-on who exist to take a bullet for the team of moviemakers who've read Mamet, damn it, and watched The Killing and memorized Reservoir Dogs and think us suckers for the taking.

The biggest mystery of The Hard Word is why Guy Pearce, who teases with superior product (L.A. Confidential, Memento) followed by inferior choices (Rules of Engagement, The Time Machine), sports the same prosthetic schnoz Nicole Kidman wore in The Hours. It serves no point, other than coming to a very prominent one; it distracts and detracts from the performance, among the few Pearce has been allowed to give in his native (and often indecipherable) Australian tongue. (Yeah, yeah, he was born in England; I read People too.) The screenplay does enough sabotage on its own; the nose, perhaps, is there to give us something to focus on, lest our minds wander and we wonder just how we chose to kill an hour and 48 minutes giving this crime caper access to our pocketbooks. (Might be good on video, though. Or cable.) The snout is hypnotic, really; do not be surprised if you stare at it, wondering if someone stuck it on the end of Pearce's nose without his even knowing.

Pearce's Dale Twentyman, also sporting greasy hair tied in a ponytail and a grizzly beard, has more to worry about than his nose. He's a nonviolent con (the rifle's never loaded, a point of pride) always getting conned, not least of all by his peroxided wife, Carol (Six Feet Under's Rachel Griffiths), who says in a rare moment of self-awareness that "I may be a cunt, but I'm not a psychopath," and her lover Frank (Robert Taylor), who also happens to be Dale's double-crossing lawyer and the very man who plots the elaborate robberies that land him behind bars. Frank provides Dale and the similarly in-and-out-of-prison Twentyman brothers -- meat-headed butcher Mal (Damien Richardson) and temperamental muscleman Shane (Joel Edgerton) -- with everything: plans and props, down to police uniforms and airline-pilot outfits. It's just that this one day, Frank figures that $20 million, to be taken off a group of bookies after a horse race in Melbourne, is too much to split with the three lads, so Frank hires outside help to off the boys, once the race is run and the cash is collected. In the end, some people wind up dead, some live happily ever after, some live just till the next con comes 'round the corner.

The thing about heist films is that they're pretty good at tricking you into liking them; the thrill of the grift, or of seeing a loaded rifle aimed eye-high and wondering whether the bloke at the other end's going to pull the trigger or embrace the person staring down the wrong end of the barrel, can dash away the nagging feeling you're being taken yet again. (And you are, which is why all heist films wind up playing as comedies: You laugh at yourself for being suckered, if nothing else.) And writer-director Scott Roberts offers a few superlative moments that transcend the genre, suggesting that he, too, is wary of it. The scene in which the brothers flee the hotel on foot after taking the bookies for $20 mil borders on slapstick and climaxes in a moment out of an old Western; there's even a train, for God's sake. Mal's fleeting relationship with a would-be hostage, a drunken woman who gives the boys a lift in her brand-new Subaru, borders on being sweet; she's a meteorologist, he says he's one, too -- a "meat-eorologist," says the doughy butcher. It's a pleasant respite from the double-speaking and double-crossing, a nice side trip off the path you've been down a thousand times before. Still, the landscape is far too familiar to merit the journey, much less the drive to the cineplex.