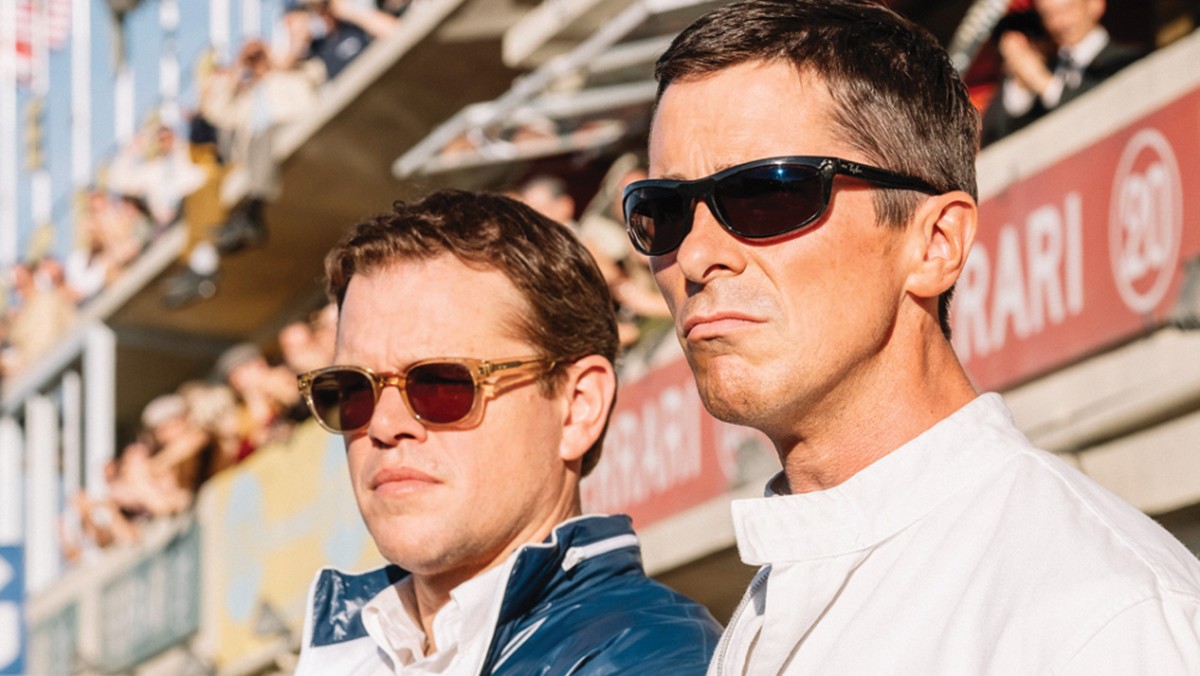 Ford v Ferrari is a movie title, much like 2016's execrable Batman V Superman, designed for the social media era. It is not clever or memorable, it doesn't effectively convey what the movie is about, and it's unclear how to say it. Are we meant to say "versus" or just "V"? The whole point seems to be creating a title that can double as a hashtag without resorting to acronyms. (That's why "v" is preferable to "vs.") And in this case, the title also functions as free advertising for two big automotive brands that need no assist from Hollywood to sling their sports cars, trucks and SUVs. Bad title.

Good movie though! Based on a true story, the film stars Matt Damon and Christian Bale in two sensational performances as racing icons from the 1960s. It opens Friday in wide release. Due to the pedigree of its stars and its director (James Mangold, most recently of Logan), it'll likely garner a handful of Oscar nods. It's Awards Season, after all.

FvF takes place in the early '60s, when Henry Ford II (Tracy Letts) is angrily casting about for ways to keep the Ford Motor Company afloat. An ambitious marketing director (Jon Bernthal) proposes a wild solution. Why not try to challenge Ferrari's supremacy in motorsports racing by designing a superior car and taking home the trophy at the 24-Hour Le Mans, an event which I've confirmed is not only the oldest motorsports endurance race, established in 1923, but also one of the most influential in history.

Carroll Shelby (Matt Damon) is, at this juncture, the only American to have ever won Le Mans. But due to a faulty ticker, he can no longer get behind the wheel for long stretches, and so has remade his career as a builder and seller of fancy cars. He is enlisted by Ford to lead the race team. And he, in turn, enlists hothead driver Ken Miles (Christian Bale), whose instincts both behind the wheel and under the hood are lovingly portrayed as a kind of genius.

At two-and-a-half hours in length, the film has no shortage of squealing race sequences, filmed deftly to capture the speed, noise, and close quarters of the Ford GT40 as it evolves. But the various man-versus-man conflicts are just as satisfying as the titular car versus car. Both Shelby and Miles' clashes with Ford's merciless paper-pushing, as embodied by a petulant executive VP (Josh Lucas), make for some of the funniest scenes. (FvF badly fails the Bechdel Test, which measures female representation by asking whether there are two female characters who speak to each other about something other than a man. Mollie Miles (Caitriona Balfe) is the only female character who delivers a line in the film.)

With flamboyant '60s production design, and both Bale's and Damon's affectations — Damon sounds like a carbon copy of a young Tommy Lee Jones — plus a splendidly understated supporting performance from character actor Ray McKinnon (Sons of Anarchy, The Blind Side), FvF has enough small pleasures to sustain and ornament the familiar, well-plotted, narrative arc.