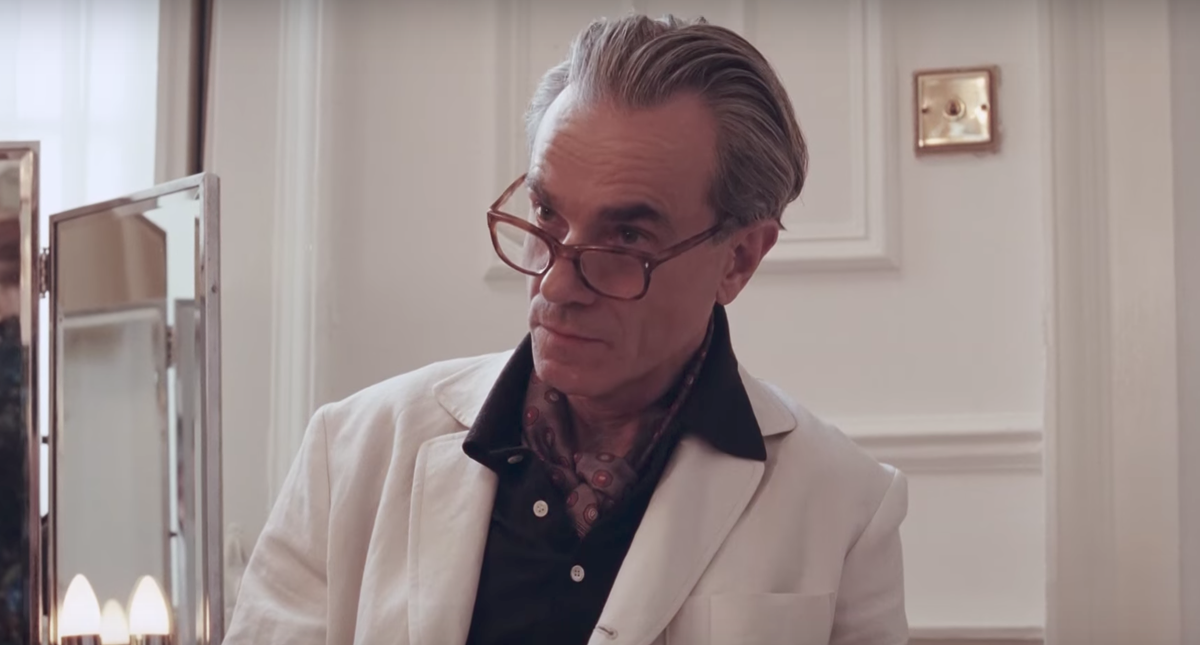 One of my college English professors wrote, after he saw Phantom Thread, the new film by Paul Thomas Anderson, that during his viewing he felt both "awed and assigned to awe." He enthused about the film, but admitted that in some ways his appreciation had been suffocated by all the talk in Phantom Thread's orbit: the fact that this was reportedly Daniel Day-Lewis' final role, the fact that reviewers were already gushing over it, making it one of the year's most critically acclaimed movies long before it arrived in the vast majority of American theaters.

I mention the experience because it was not terribly unlike my own. As a lover of movies, but as a non-academic one, I felt a bit intimidated by this artisanal love story. It charts the romance of a 20th century British dressmaker, Reynolds Woodcock (Daniel Day-Lewis), and his lover and muse, Alma (Vicky Krieps). I'm a fan of Anderson's in general. Like many others, I think 2007's There Will be Blood has aged extremely well; unlike many others, I think 2014's Inherent Vice didn't get the acclaim it deserved. I dig that Anderson is a director with unique and readily identifiable signposts: huge ensemble casts, bloated run times, convolved storylines, meticulous re-creation of specific settings.

Nevertheless, my own viewing of Phantom Thread became a self-conscious one. I worried that if I wasn't obsessed, I might not be getting it. But I really liked Phantom Thread! It didn't quite crack my annual Top 10 list, but it came awfully close.

The principal reasons for my positive reaction were two:

1. The high-culture dressmaking world of London (and specifically, Woodcock's home office) in the 1950s is rendered carefully and minutely by the team of production designers and tailors. The film boasts, for my money, the best sound design of the year outside of Mother! Every poke and tear and cut of fabric is faithfully captured as Woodcock works on his own or with his staff of seamstresses on their various masterpieces. It is a world that has never been this richly brought to life. Other fashion biopics (of Yves Saint Laurent, recently) have portrayed the larger culture of fashion — its runway shows, its extravagances — but no other movie has so meticulously presented the craft.

2. It almost goes without saying, but the performance of Daniel Day-Lewis is as captivating as ever. He's the sort of actor who can — and, miraculously, does — make a breakfast order one of the most magnetizing moments I've seen onscreen all year. I dare not spoil the dinner scene, but I'll say only that it lives up to the hype. If this indeed is his final role, his absence will be a great loss to the cinema.