'Dark Waters' is One of the Year's Best Films 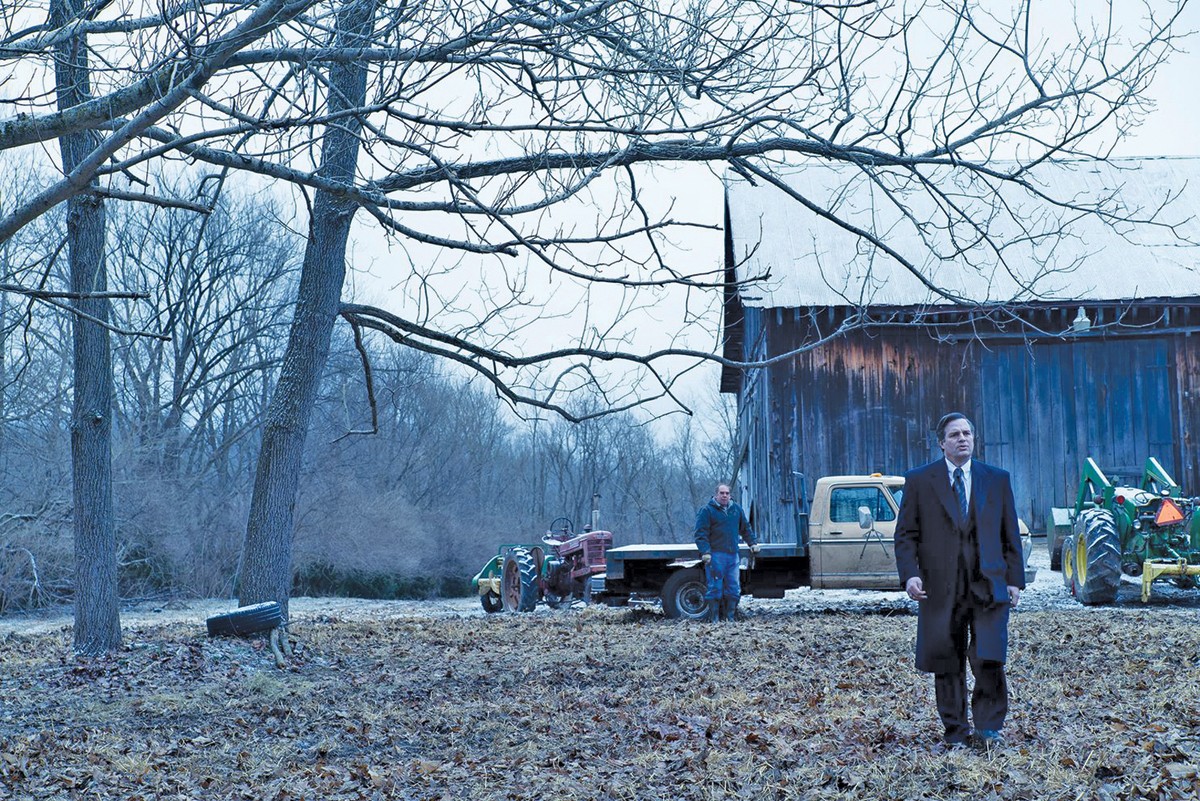 Perhaps it's the familiar tones: the serious subject matter, the wintry color palette, the central conflict adapted from an astounding piece of journalism. Or perhaps it's Mark Ruffalo, himself. But whatever the reason, Dark Waters, the new drama from director Todd Haynes about a corporate defense attorney who takes on DuPont on behalf of a West Virginia farming town, feels like this year's Spotlight. It opens Friday areawide.

In 2016's Best Picture winner, Ruffalo played one of the reporters at the Boston Globe investigating child abuse by priests. And he delivered the film's most indignant speech. "It's time!" he shouted at his editor (Michael Keaton) late in the film. "We have to nail these scumbags. We have to show people that nobody can get away with this. Not a priest or a cardinal or a freaking pope."

It's impossible not to think of that moment in multiple scenes throughout Dark Waters, when Ruffalo, playing lawyer Robert Billot, learns the extent of the chemical giant DuPont's unregulated activities and, just like in Spotlight, the degree to which DuPont's leaders knew what they were doing, but continued doing it anyway.

"The system is rigged!" he tells his wife (Anne Hathaway) in a late scene. "They want us to think it'll protect us. But we protect us. We do."

Ruffalo is phenomenal as the unlikely hero. He's a hard-working attorney in Cincinnati who's bashful about his roots. He tries to downplay his West Virginian connections early on to his managing partner (Tim Robbins). But even as he defends large chemical corporations, he has a soft spot for the downtrodden. (Perhaps it's his Catholicism?) And when a brash farmer (Bill Camp) arrives at his office one day with a box full of videotapes, Billot can't resist looking into the case.

What begins as a "small legal matter" to help a guy in need becomes a vast, seemingly eternal lawsuit defending thousands of individuals poisoned by the DuPont facility in West Virginia where Teflon was created and manufactured.

The lawsuit's length and cost both wear on Billot, whose singular focus on the case strains his marriage and his professional relationships. The unlimited resources of a corporation like DuPont make the legal battle a true David-vs.-Goliath tale. Ruffalo, whose real-life anti-capitalist convictions are voiced through Billot, revels in this sort of heroism: not the smirking and smashing of Incredible Hulk, but the simple act of believing someone when no one else will; of looking at documents and uncovering grotesque abuses of power; of pointing fingers and naming names, even at immense personal risk.

Todd Haynes (Far From Heaven, Carol) directs the hell out of his cast and creates a cinematic experience rich in visual and narrative pleasure even as it conveys a true story. Those interested can read the 2016 article on which the film is based, "The Lawyer Who Became DuPont's Worst Nightmare," in The New York Times.