For the past month, the Cleveland Museum of Art has hosted a program called "Friday Night First Runs." It features local premieres of movies that have previously bypassed Cleveland during their theatrical runs. Tonight at 7, it's offering a screening of 2007's The English Surgeon, a documentary about the humanitarian work of Henry Marsh. Here's our review of the film. 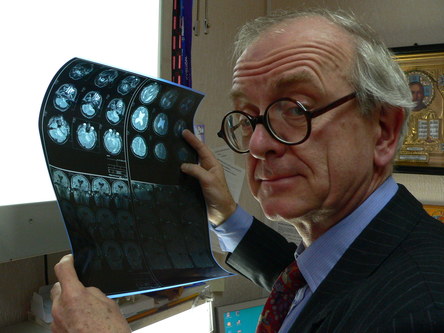 The English Surgeon (Britain, 2007) Since the early 1990s, English brain surgeon Dr. Henry Marsh has been making regular trips to the Ukraine in a quixotic attempt to provide much-needed health care for its citizens. Director Geoffrey Smith’s BBC-produced documentary splendidly captures Marsh’s indomitable spirit, amazing grace and remarkable good humor in even the most appalling of circumstances. While some of the operating room scenes are uncomfortably graphic and difficult to watch at times, Smith has made an indelible portrait of one remarkable man’s attempt to make the world a better, more humanitarian place. *** (Milan Paurich)