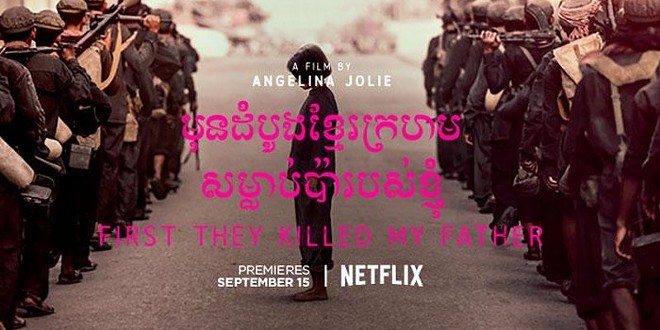 A Cambodian-born American human-rights activist and lecturer, Loung Ung received widespread acclaim for her memoir, First They Killed My Father: A Daughter of Cambodia Remembers.

The national spokesperson for the Campaign for a Landmine-Free World, Ung was born in Phnom Penh, Cambodia. A survivor of what became known as "the Killing Fields,” she now lives with her husband in Shaker Heights.

Actress Angelina Jolie directs the new Netflix film based on the book, and early reviews of the film have been quite positive. The Village Voice proclaims, "This is Jolie’s most accomplished work yet."

The movie premieres on Friday on Netflix, and at 6:45 p.m. on Tuesday, Sept. 19, Market Garden Brewery will screen the movie. After that screening, Ung will participate in a Q&A.

The Market Garden event is free, but seating is limited and RSVPs are required.