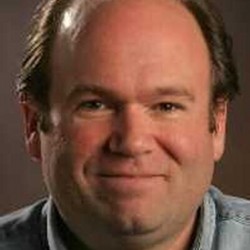 @ClintOMovies
Clint O'Connor need not change his Twitter handle. The former Plain Dealer movie critic, @clintomovies, has joined the Akron Beacon-Journal as a pop culture writer and an editor of the weekly entertainment magazine, Enjoy!.

"I’ve come to Akron to commit random acts of journalism," writes O'Connor in an introductory post on Ohio.com, the online home of the Beacon-Journal. "Or at least to cover movies, TV, the local entertainment scene and pop culture in general. You know, the fun stuff."

Fun stuff indeed. O'Connor tells Scene he'll be doing some of what Akron's pop culture guru Rich Heldenfels, who retired in September, used to do. And he'll begin his work on the magazine next month. He has been teaching part-time at John Carroll University and says he'll continue in an adjunct capacity.

Given the state of newspapers in the 21st century, O'Connor admitted he was surprised any publication was hiring in 2016, but he shouldn't have been. Given his energy and experience on the movie beat, O'Connor is a killer nab for the ABJ. (The Cleveland movie press corps — hello there! — is delighted to have him around once again.)

You can read about O'Connor and Heldenfels in action here. And if you want to reach out to him about movies (or to congratulate him), he can be reached at [email protected]