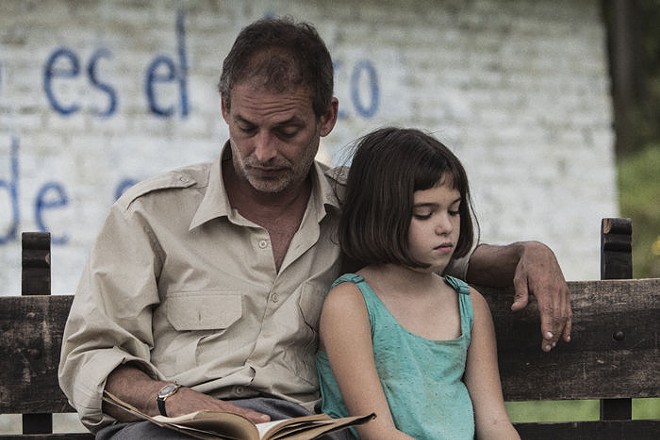 Todos Se Van (Everybody Leaves), a Cuban drama about a young girl and her family's strife under the Fidel Castro regime, will screen tonight at 7:30 at the Capitol Theatre in Detroit-Shoreway.

The screening, which is free and open to the public, is part of the Baldwin Wallace Latin American Film Festival. Two additional films, one on Sunday and one next Tuesday, will also screen at the Capitol.

There will be a community discussion following the screening.

Synopsis: Eight-year-old Nieve is the object of her parents’ custody battle. Her mother, Eva, is an artist who believes in the revolution and disagrees with censorship and authoritarianism. She is re-married to Dan, a Swede working on the construction of a nuclear plant. Nieve’s father Manuel is a playwright who sacrifices his artistic career to write government propaganda in a remote area of the country. Through her diary entries, Nieve reveals intimate details of a turbulent family life while painting an authentic portrait of the social and political unrest in Cuba under the rule of Castro.