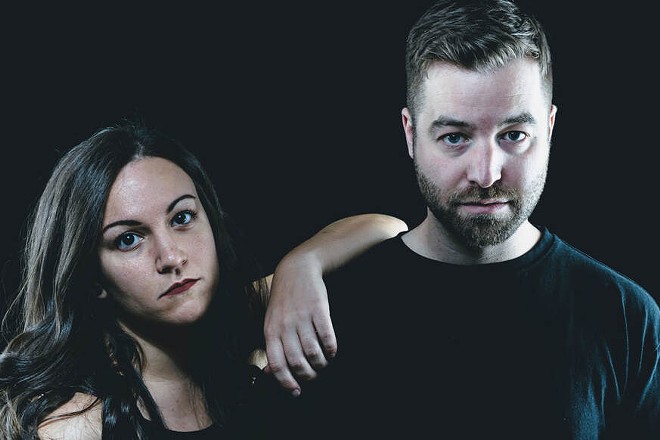 Courtesy of FunMill Films
Kinsley Funari and Josh Miller [pictured] of the locally based FunMill Films have just announced that they’ll present the FunMill Films Festival & Competition on Feb. 16 at Atlas Cinemas Lakeshore.

“We wanted to bring a festival to Cleveland that was all-inclusive and offered networking opportunities and more ways to get involved — almost like a mini-convention. This is why we also have vendors attending and a main event competition,” they say in a press statement. “Yeah, festivals are very risky nowadays for a filmmaker to submit to. You never know if you’ll be selected, and you’re really gambling with your hard-earned funding. We want our Cleveland filmmaking peers to be guaranteed a screening to show off their hard work to their friends and family.”

The festival portion of the event will consist of short film screenings, trailer previews and vendor booths featuring Ohio filmmakers and entertainment professionals.

The competition portion of the event will give 15 competitors the chance to produce a film in 30 days. The competition films will screen at the main event and are eligible for cash prizes and a free entry into the Cleveland International Film Festival. The deadline to submit short films and trailers is Dec. 31. You can sponsor the event or purchase a vendor table all the way up to the event date.

Entries into the competition are on a first come, first serve basis. The first 15 teams to enter will have from Jan. 2 to Feb. 2 to write, shoot, edit and turn their completed films in to FunMill Films. The films must be under seven minutes long.

Tickets for individual screening blocks and for the competition will be on sale in January once screening schedules have been released. Passes to the entire event are available for only $25 now at Atlas Cinemas or on the theater's website.