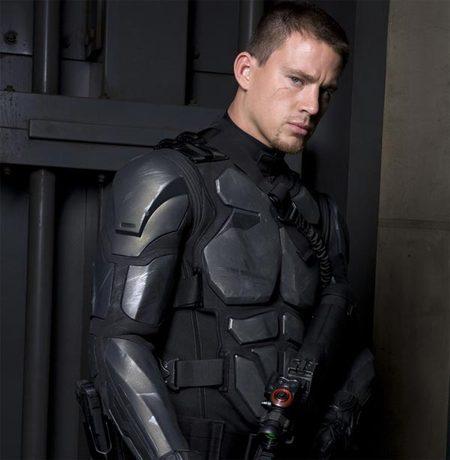 A group of terrorists led by arms dealer McMullen aka Destro (Christopher Eccleston) plots to take over the world. The only thing that can stop them is G.I. Joe, an elite team of international soldiers. There’s also a subplot about Joe member Duke (Channing Tatum) being involved in a star-crossed romance with femme fatale the Baroness (Sienna Miller), which doesn’t feel tacked on and actually gives the movie a little heart and humanity. Joseph Gordon Levitt and Arnold Vosloo turn in fun performances as bad guys Zartan and “The Doctor,” respectively. Most of G.I. Joe still consists of people shooting at each other and blowing stuff up, but director Stephen Sommers and his writers at least tried to make an actual movie rather than just string together a bunch of action scenes. G.I. Joe is a little long and a whole lot of silly, but it’s also a lot of fun, and not nearly as obnoxious or bloated as this summer’s other toy-based blockbuster. ***
Scroll to read more Movie Reviews & Stories articles
Join the Cleveland Scene Press Club