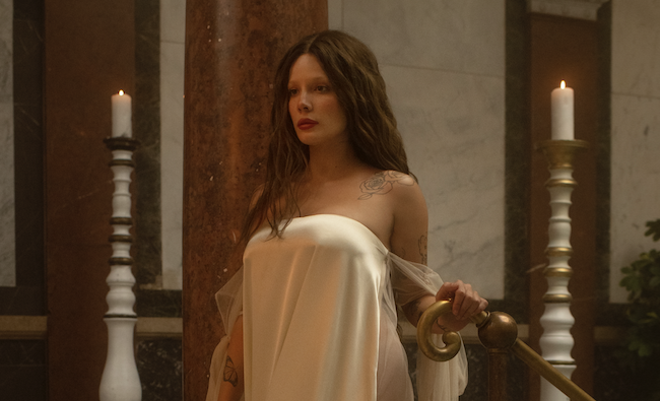 Lucas Garrido
Singer-songwriter Halsey.
A multi-media sensation, singer-songwriter Halsey aims to have an influence and impact beyond music. Her first book, I Would Leave Me If I Could: A Collection of Poetry, debuted on The New York Times Best Sellers list last November. Named as one of TIME's 100 Most Influential People of 2020, she has won more than 20 awards.

For her new album, If I Can’t Have Love, I Want Power, she teamed up with Nine Inch Nails’ Trent Reznor and Atticus Ross.

In advance of the album's release, IMAX Experience: Halsey Presents If I Can’t Have Love, I Want Power will premiere in select IMAX theatres in the U.S. on Wednesday, Aug. 25. Though an exact location has yet to be announced, the film will screen locally.

The hour-long film experience, set to the music of the forthcoming album, was written by Halsey, and directed by Colin Tilley.

Tickets to the film go on sale on Tuesday, Aug. 3.