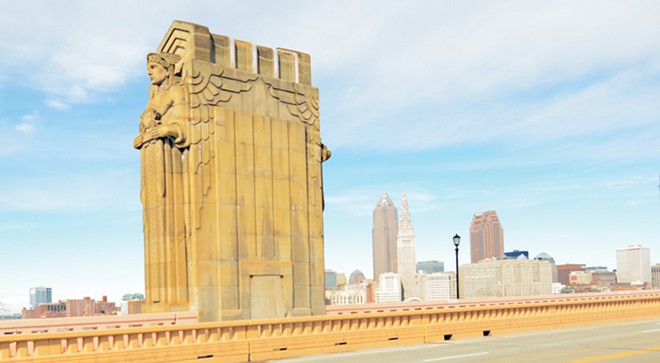 Cleveland Police are on scene at both the west (Lorain) and east (Carnegie) sides, redirecting traffic to the Detroit-Superior Bridge. The bridge will be closed until 4 a.m. Friday.

Directed by Noah Baumbach, the film has spent the majority of its $100 million budget in Northeast Ohio, previously filming at locations in Cleveland Heights, Hiram, Canton and Lorain County. The Greater Cleveland Film Commission has noted that the film has employed more than a hundred local crew members and background actors.

Alongside known heartthrob Driver, the film stars Greta Gerwig, Don Cheadle and Jodie Turner-Smith, among others. And just like the novel, the film will follow college Professor Jack Gladney (Driver) and his family in the aftermath of an airborne toxic event.

The scene being filmed on the bridge is reportedly one shortly following the toxic event itself, caused by a gas leak after a train crash. People will be filmed fleeing the town across the bridge.