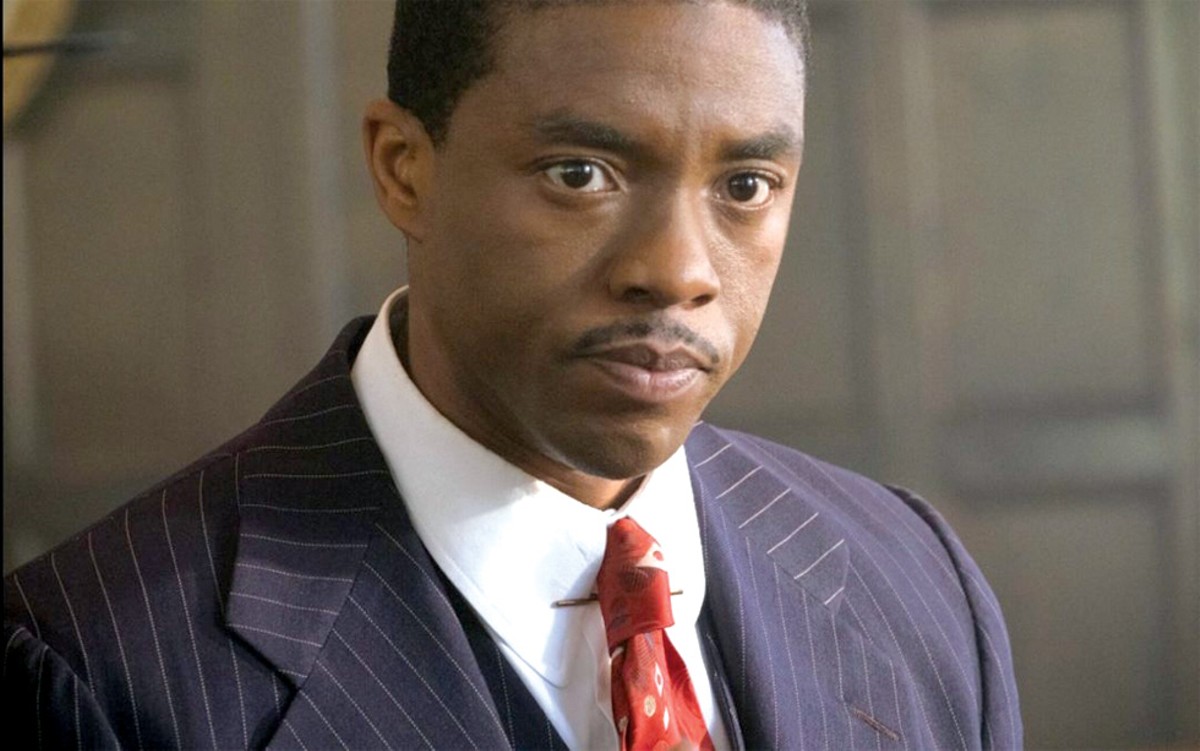 Not to be confused with the 2006 football pic We Are Marshall, the 2017 courtroom drama Marshall, out in wide release Friday, dramatizes a pivotal legal case from the early 1940s. At the time, a tireless young attorney named Thurgood Marshall (Chadwick Bozeman) was zigzagging the nation on behalf of the NAACP, defending black people who'd been wrongfully accused because of their race. Thurgood Marshall, of course, went on to become the first African-American Supreme Court justice in the United States.

On his critical mission, he arrives in New York City to defend one Joseph Spell (American Crime Story's Sterling K. Brown), a chauffeur who'd been accused by a Greenwich, Connecticut, socialite (Kate Hudson) of rape. National newspapers had already tried and convicted Spell in the court of public opinion, calling him a savage beast and drawing on grotesque racial stereotypes to insist upon his guilt. Against long odds and public resentment, Marshall enlists a conflicted local insurance lawyer, Sam Friedman (Josh Gad) whose role in the case expands on the order of a curmudgeonly judge (James Cromwell). Prosecuting the case is a Yale-educated Aryan prince (Dan Stevens, of Downton Abbey and Beauty and the Beast).

Directed by Reginald Hudlin, who has worked exclusively in television, the film bears many of the visual stamps of TV: namely, set designs, costumes and props that gesture toward an era instead of fully embodying one. The dialogue is way too expository. The pacing is too stilted. The performances, on the other hand, are by and large solid in spite of a script beset by inconclusive character development.

The film seems to faithfully recreate a true historical case, but it begs for a fuller exploration of the personal conflicts of the main characters: Sam Friedman, for example, wants no part in the case at first. So why does he stay involved? Why not spurn Marshall and wash his hands entirely? As Jews are being slaughtered in Europe, does he feel a kinship with blacks discriminated against in the U.S.? And what about Marshall himself, whose wife suffers a miscarriage while he is in Connecticut? Why doesn't he drop everything to go to her? Does he see that not doing so is cruel? And is personal cruelty required for social change? In one bizarre interlude, Marshall and his wife go to a nightclub and hang out with Langston Hughes and Zora Neale Hurston. The scene serves no purpose, and smacks of total invention. (Marshall and Hughes were indeed college friends at Howard, but still. What's it doing in this movie?)

Marshall is rated PG-13, which may come as a shock because the sexual themes of the case — to say nothing of at least two F-bombs — may get you thinking it needs an R. On the other hand, that would seem wholly inappropriate because the colors and tones of the film's first 30 minutes, right down to the opening credits, are redolent of Disney's live-action family slate, Remember the Titans and its ilk.

The good news is that the courtroom material itself is often quite good, with two striking interrogations and a well-executed closing statement sequence. Thurgood Marshall is granted permission to serve as co-counsel in the case, but is forbidden from speaking. He is forced to whisper and write down real-time strategies for Friedman. It's a fresh angle, another pernicious illustration of racism and a tall hurdle for one of the great figures in American jurisprudence.