Peter Billingsley To Reprise Role of Ralphie for ‘A Christmas Story’ Sequel, According to Report 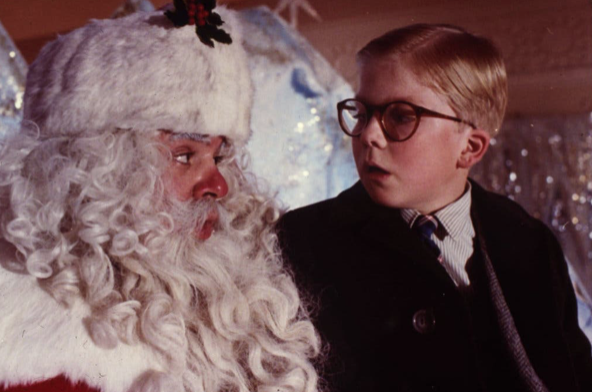 Warner Bros.
Ralphie asks Santa for a sequel.
Various news outlets have reported that a sequel to A Christmas Story, the beloved holiday 1983 movie set in Indiana but filmed in Cleveland, is in the works.

Peter Billingsley, the actor who plays Ralphie in the original flick, is set to star, and Clay Kaytis (The Christmas Chronicles) will direct a script penned by Nick Schenk (Cry Macho, The Mule).

Actor Vince Vaughn, who runs a production company with Billingsley, will produce.

Variety reports that the sequel will be set in the 1970s and center on an adult Ralphie (Billingsley) who brings his family to his childhood home for the holidays.

Don’t expect to see Billingsley and Co. in Cleveland, however. Variety says the movie will be filmed in Hungary.