The Cedar Lee opens two new movies this weekend. Here are our reviews of the films. 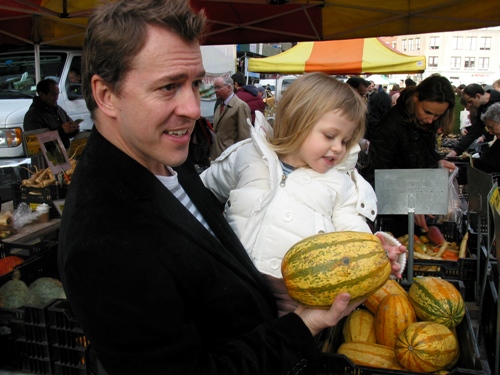 No Impact Man “Reduce, reuse, recycle” is the motto adopted by Colin Beavan, the “no impact man” who decides he’s going to stop producing trash and reduce his carbon footprint to zero for a year. He claims he’ll take the stairs rather than the elevator, ditch his TV and stop buying new clothes (used clothes are okay, though). The catch is that his wife and young child have to go along for the ride. He begins using cloth diapers (diapers are the third largest source of trash in the landfills) and stops eating meat (processing meat produces more green house gases than transportation). While some environmentalists dismiss him as a whack job, Beavan is incredibly committed and passionate about his project and doesn’t come off as some kind of crazy. An informative movie that jet-setting environmental activist Al Gore would do well to watch, No Impact Man shows the extent to which we unknowingly damage the environment and just how difficult it is to extricate ourselves from that process. *** (Jeff Niesel)

Paris The main storyline of this meandering-but-provocative movie concerns Pierre (Romain Duris), a former dancer who has some kind of heart disease that doctors say will kill him if he doesn’t get a transplant. He doesn’t handle the news very well, but his sister Elise (Juliett Binoche) helps him through it, staying with him while he awaits a donor. Much like Crash, writer-director Cedric Kaplisch’s film involves the lives that randomly intersect with Pierre’s. A professor having an affair with one of his students, an African man trying to immigrate into France to live with his brother, and a grocery store clerk struggling to cope with his impending divorce all coverge at one point or another. Beautifully filmed, the movie includes shots of Parisian back alleyways and coffeehouses that are postcard ready, only adding to the poignancy of its storyline. *** (Niesel)