The Cleveland Institute of Art Cinematheque is showing several great films this weekend. Here are our reviews. 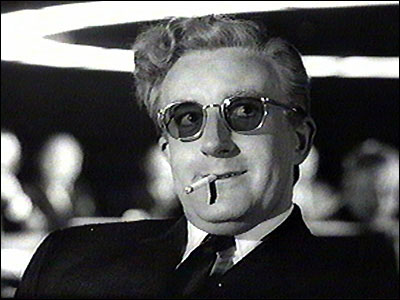 Dr. Strangelove Or: How I Learned to Stop Worrying and Love the Bomb (Britain, 1964) During the depths of the Cold War, director Stanley Kubrick wanted to make an anti-nuke doomsday statement that would blow away films with similar ambitions but which had come across as solemn, stodgy, geopolitically correct dramas. Kubrick and writer Terry Southern cleverly bought rights to a serious novel, Red Alert, and repurposed the whole nightmare scenario of global thermonuclear war into black comedy. Paranoid American general, Jack D. Ripper (Sterling Hayden) flips out and orders USAF bombers to vaporize Russia. His trembling British RAF colonel hostage, a wimp U.S. president and a mad ex-Nazi Pentagon advisor (all played by Peter Sellers) try to find solutions before the unseen but understandably angry Reds launch a world-ending counterstrike. Sellers dearly wanted to play a fourth character, a cowboy pilot aboard a heavily armed flying fortress, but the iconic part went to Slim Pickens instead. Even with the fall of the U.S.S.R., Kubrick's satire has lost none of its bite in the era of the Bush Doctrine and pre-emptive strikes as official policy. The perfectionist filmmaker did ultimately shoot a colossal pie fight, but it seemed too flippant for the climax. The title character of Strangelove, the wheelchair-bound mad doctor who has to beat his one-gloved hand from snapping into the Hitler salute, was said for ages to be based on nuclear think-tank strategist Herman Kahn, but the late, great conspiracy author Robert Anton Wilson has written that Henry Kissinger was actually the model. At 9 p.m. Friday, Aug. 7, and 3:15 p.m. Sunday, Aug. 9. *** (Charles Cassady Jr.)

Surveillance (US, 2008) Given that Jennifer Chambers Lynch's last movie, 1993's Boxing Helena, was so severely dismissed by critics, it's not surprising that it took her 15 years to follow it up. The grisly, often-offensive Surveillance isn't likely to jumpstart her career. The film takes place in a small desert town where corrupt local cops half-heartedly try to apprehend a serial killer. Things take a turn, however, when a couple of FBI agents (Bill Pullman and Julia Ormond) roll into town and take over the case. They proceed to interview their witnesses, yet it's not long before even the dim-witted cops realize the FBI agents aren't quite who they claim to be. Ormond and Pullman are solid as two shady FBI agents, but the rest of the cast is forgettable, and the entire film seems like a bad imitation of a movie by Lynch's father, David Lynch. At 9:30 p.m., Saturday, Aug. 8. ** (Jeff Niesel) 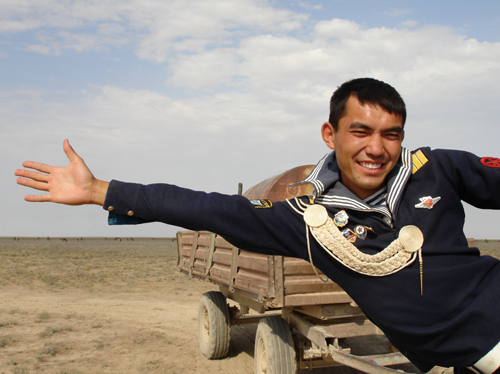 Tulpan (Germany/Kazakhstan/Poland/Russia/Switzer-land, 2008) Ethnography never tasted as sweet as it does in first-time feature director Sergey Dvortsevoy's charming fable set against the otherworldly backdrop of Kazakhstan's forbidding Hungersteppe. After being discharged from the Russian Navy, twentysomething Asa (Askat
Kuchinchirekov) moves in with his married older sister, her taciturn husband and their three young children. Determined to become a proper herdsman and find himself a wife, Asa begins courting headstrong local beauty Tulpan, who rejects him out of hand because his ears are too big. The anecdotal narrative is highlighted by some astonishing
sequences featuring livestock, including the real-time birth of a baby lamb. Yet the most remarkable aspect of the film is not how alien Asa and his family seem, but how recognizably human they are, even to jaded western audiences. Winner of the top prize in the 2008 Cannes Film Festival's Un Certain Regard section. At 7 p.m. Friday, Aug. 7, and 1:15 p.m. Sunday, Aug. 9. *** (Milan Paurich)