The Cleveland Institute of Art Cinematheque is showing several great movies this weeked. Here are reviews of just two of them. 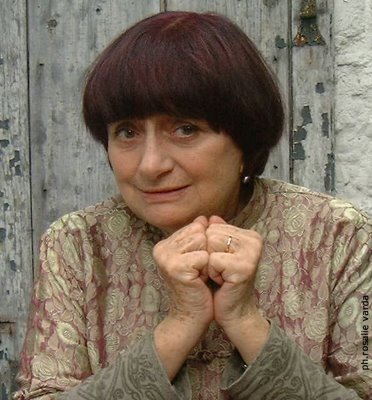 The Beaches of Agnes (France, 2008) The Beaches of Agnès opens with a shot of 80-year-old French filmmaker Agnès Varda on the shore, talking to the camera: “I am playing the role of a little old lady, pleasantly plump and talkative, telling her life story. But it’s others I’m interested in, others I like to film.” And so begins the wonderful and captivating journey of Varda, a member of the French New Wave who made the 1962 classic Cléo From 5 to 7 and auteur of one of the finest autobiographies ever put on film. Varda recreates scenes from her entire life using props, actors (including Serge Gainsbourg muse Jane Birkin) and the actual home she grew up in. She traces her family tree with trips across Europe using, depending on the situation, a handheld camera or an entire crew. She revisits the location of her first film, La Pointe-Courte, catching up with the grown-ups who played kids onscreen in 1954. You even see Varda and her team setting up lights and tracks on the beach, preparing for shots. Despite its personal theme, The Beaches of Agnès is never self-absorbed. Varda is a gracious host, narrating throughout. And she’s still a feisty filmmaker, taking control of this self-analyzing documentary. She’s a sharp and funny storyteller, talking about losing her virginity and hanging out with burly fishermen, and tearing up when reminiscing about her late husband, director Jacques Demy. Varda skips around eras and memories, occasionally making the timeline hard to follow. But the poetic Beaches of Agnès is like a living scrapbook, as images from Varda’s long, prolific life parade, sometimes haphazardly, across the screen. It’s a wonderful tribute to her artistic vision. At 9:40 p.m. Friday, Oct. 9, 7:20 p.m. Saturday, Oct. 10, and 4 p.m. Sunday, Oct. 11. *** (Michael Gallucci)

Hannah and Her Sisters (U.S., 1986) Long before Soon-Yi-gate, there was this adroitly effective Manhattan comedy of manners and Best Picture Nominee, which Woody Allen largely shot in and around his new love Mia Farrow’s NYC apartment and featuring her own real-life mother and adopted children. Hannah (Farrow) is the most “perfect” and stable of sisters in a veteran acting family, married to a financial advisor (Michael Caine) and still on good terms with her ex-husband (Allen), a hypochondriac getting burned out doing a Saturday Night Live style TV satire. But her husband is deeply infatuated with another sister (Barbara Hershey), whose own Svengali-esque live-in relationship with a misanthropic painter (Max Von Sydow) is problematic at best; another sister (Dianne Wiest) is a recovering addict bouncing rootlessly from one career pipe-dream to another as her unemployment checks run low. Allen is masterful at keeping all the balls in the air during an eventful, funny, sad year-in-the-lives of these quirky characters and their extended relations. At 7:30 p.m. Friday, Oct. 9 and 5:15 p.m. Saturday, Oct. 10. *** 1/2 (Charles Cassady Jr.)