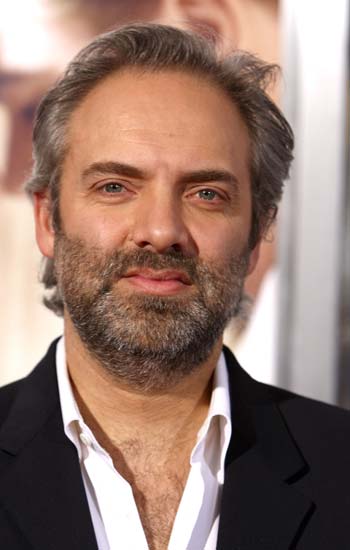 Sam Mendes (American Beauty, Jarhead, Road to Perdition) has described his new film Away We Go as a companion piece of sorts to his last film, Revolutionary Road. That might be a bit of a stretch since Revolutionary Road was a high-powered drama, and Away We Go is a light-hearted romantic comedy. Regardless, Away We Go, which stars John Krasinsky and Maya Rudolph as an unmarried couple that sets out to find the perfect city to raise their child, benefits from its low-budget approach and well-written script (by Dave Eggars and Vendela Vida). Here’s what Mendes had to say about the film, which opens Friday at the Cedar Lee Theatre, when he addressed a roundtable of reporters last month in Los Angeles.

How did you get involved in this project?
I heard about the script and I sought it out and read it, and loved it I thought it was very funny and thought it was a very hopeful and sort of joyful film, with a great spirit in it, and a lot of love, and for me it was sort of a wonderful tonic after the darkness of Revolutionary Road, you know to be able to do something completely different.

You’ve actually called it a companion piece to Revolutionary Road. Can you talk about that a little bit?
Well, you know in very obvious ways it’s the flip side of the same coin. You know it’s a couple who, this time, they want to escape and they can. I think that if you look at the most romantic comedies, and certainly Revolutionary Road is not a romantic comedy, but it is about the mechanics of a couple facing each other, about the relationship itself. This treats the couple as a unit. They’re in love and they love each other and they’re happy. And it faces them out to meet the world, and that’s completely different. In the traditional romantic comedy boy meets girl, they fall in love, then something goes wrong, and then they are reunited at the end. That’s sort of different here and I like that. And then there are a lot of weird echoes. Like the beginning of Revolutionary Road, there’s a scene by the side of the road, they pull the car over. And now there’s one here too and it couldn’t be more different. And all sorts of echoes throughout, there’s a dance three quarters of the way through Revolutionary Road in which Kate’s character spins out of control and here there’s a dance in which the tone of the film changes again.