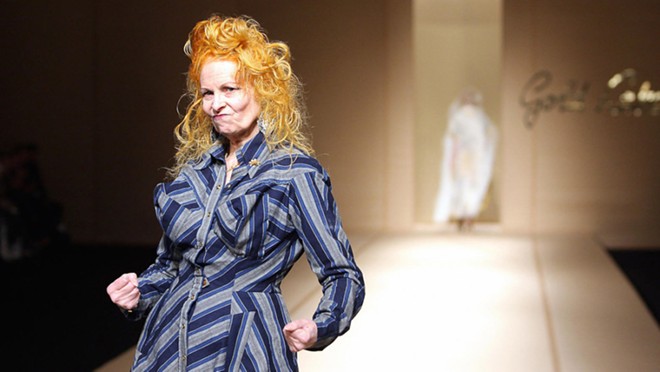 Vivienne Westwood is undoubtedly the most badass fashion designer to ever have her work walk the runway. Starting out as an average working-class member of society, Westwood grew to become a fashion supernova and was made a Dame of the British Empire. Westwood is a true anarchist that channeled her rage and political feelings into culture-bending fashion and determined the look of “punk.” A documentary about her, Westwood: Punk, Activist, Icon screens at 9:15 a.m. today at Tower City Cinemas. (BJ Colangelo)

Using letters, film clips and interviews, director Amy Scott documents the life and times of Hal Ashby, a renegade director who originally hitchhiked his way to L.A. to pursue a career in filmmaking. The pot-smoking, rebellious Ashby, who won an Oscar for editing In the Heat of the Night, would go on to make cult classics such as Harold and Maude and Being There. Hal screens at 11:45 a.m. at Tower City Cinemas.

Czech director Jan Sverak's latest film, Barefoot, centers on a small boy who grows up in Prague during World War II. The boy's father resists the Germans when they arrive, and he takes his family to the countryside to avoid them. While there, the young boy comes of age and discovers secrets about his family while coping with the challenges of living off the land. The movie screens at 1:50 p.m. at Tower City Cinemas.

A documentary from director Samuel D. Pollard, Maynard chronicles the rise of Civil Rights activist Maynard Jackson, who would become Atlanta's first African-American mayor in 1973. Though he had to deal with significant crime, he still managed to turn the town into a world-class city. The film includes interviews with President Bill Clinton, Rev. Al Sharpton, Rev. Jesse Jackson and Vernon Jordan. It screens at 2:15 p.m. at Tower City Cinemas.

Singer Sammy Davis, Jr. had already toured the country by the time he started performing on Broadway and acting in films. He would become part of the rat pack with Frank Sinatra and Dean Martin. Davis Jr. also stirred up controversy when he befriended Richard Nixon and fought to get John F. Kennedy elected. Sammy Davis Jr.: I've Gotta Be Me, a new documentary from director Samuel D. Pollard, chronicles his remarkable life. It screens at 6:30 p.m. at the Cedar Lee Theatre.