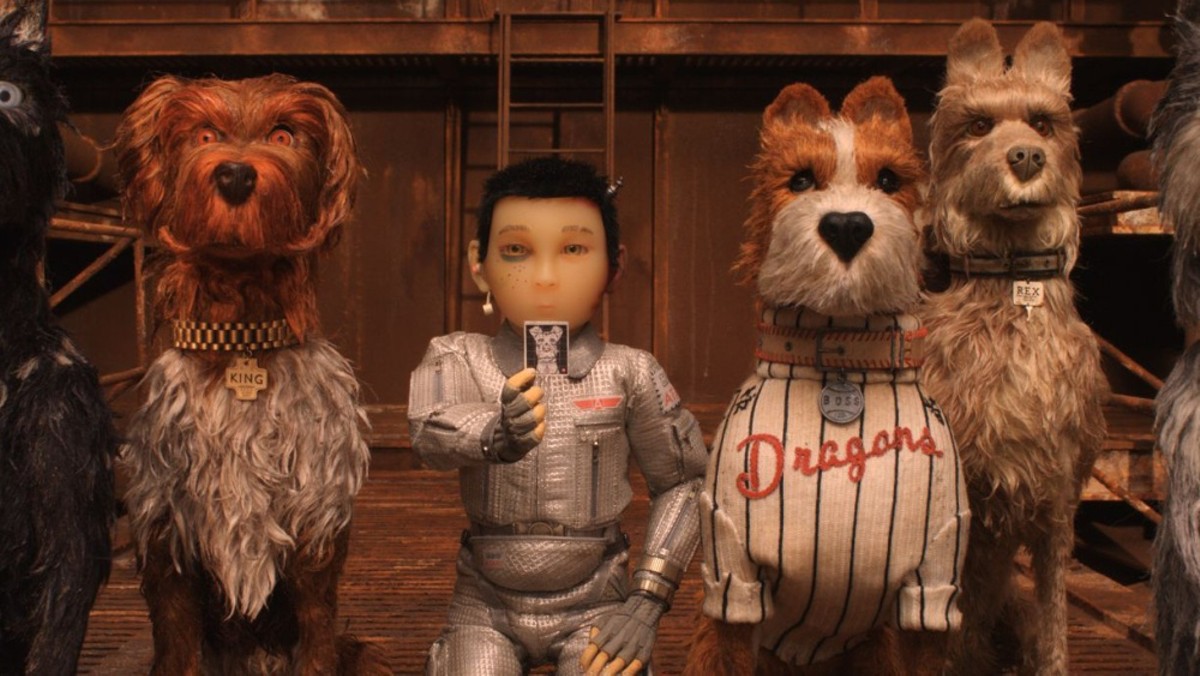 Wes Anderson's artisanally crafted stop-motion animated film Isle of Dogs, which opens Friday, is as pleasurable to look at as almost all of Anderson's unique and decorative works. Like his best movies (The Royal Tenenbaums, The Grand Budapest Hotel) Isle of Dogs delights in a large, eccentric ensemble cast and glories in meticulously designed, setting-specific tableaux.

But accusations of cultural appropriation have dogged — no pun intended — the film's reception, which has been otherwise overwhelmingly positive.

The film takes place in a fictional near-future Japanese metropolis called Megasaki, and the principal characters are canines, all of whom have been banished by mayoral decree to a nearby island. We're informed at the outset that all barks have been translated into English. And hearing Bryan Cranston, Bill Murray, Ed Norton, Jeff Goldblum and Bob Balaban (all white males) voicing the film's central "Alpha Dog" pack occasioned no uneasiness for me.

Asian writers (and speakers of Japanese) have noted that the Japanese dialogue in the film, which is sometimes translated by a translator (Frances McDormand), is drastically simplified and often resorts to anglicized words and simplistic sentence structure to create context clues for English speakers. If this was intended as a tribute, they argue, it's a failed one. (I thought the "translation" gag worked well in the press-conference settings but agree that using subtitles would have made more sense in others, especially as it would have facilitated a more accurate portrayal of the language.)

The bigger marginalization issue, in my viewing experience, was the character of Tracy, voiced by Greta Gerwig. She's a foreign exchange student from Cincinnati who leads Megasaki's protest movement against the dog decree. When the mayor's young ward, Atari (voiced by Koyu Rankin) flies to the island to rescue his beloved guard dog, Spots (Liev Schrieber), Tracy, via her student paper, exposes a conspiracy at the heart of the dog decree. Her investigative journalism antics are a hoot, but her centrality in the people's revolt against the administration reminded me of Avatar-style "white savior" narratives. This particular example not only marginalized Japanese characters, it also didn't make a ton of narrative sense.

Anderson has acknowledged that the film could have taken place anywhere. What it came down to, most likely, is that he wanted to set a movie in Japan, with its rich cultural history, its lush natural and hyperactive urban backdrops, and a written language that is itself beautiful to look at. I think it's clear that Anderson intended the film as an homage — his love of iconic Japanese filmmakers is almost as evident as his love of dogs — but I think it's also clear that the homage fell short, and that it rightly rankles viewers of Asian descent.