Teens and tweens will like Cirque du Freak: The Vampire's Assistant 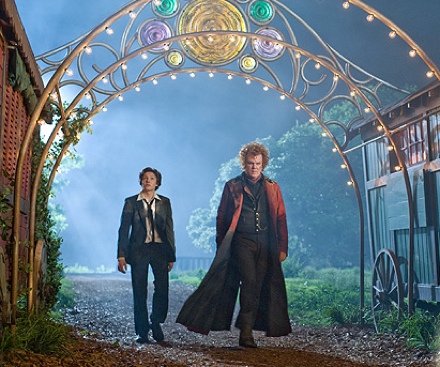 The storyline in Cirque du Freak: The Vampire's Assistant revolves around goodie two-shoes Darren (Chris Masogila) and rebel Steve (Josh Hutcherson) are high school best friends despite their differences. This all changes after the boys attend the bizarre freak show of the title. One of the performers in the show is Larten Crepsley (John C. Riley), whom vampire fanatic Steve recognizes from a picture in one of his books on bloodsuckers. Although the boys are unaware of it, their attendance at the show is part of a plot by Mr. Tiny (Michael Cerveris) to direct them towards a destiny in which they will lead opposing forces in some sort of apocalyptic vampire civil war. Director/co-writer Paul Weitz has his hands full trying to condense a great deal of plot and mythology from multiple books into a film that runs less than two hours, but for the most part he does a good job of it. He’s somewhat less adept with the film’s action scenes, which are passable but never really excite. It also would have been nice if the film’s message of not judging by appearances had been handled with more subtlety. Still, it’s not bad, and for the target audience of tweens and teens you can probably add on another half a star. ** 1/2
Scroll to read more Movie Reviews & Stories articles