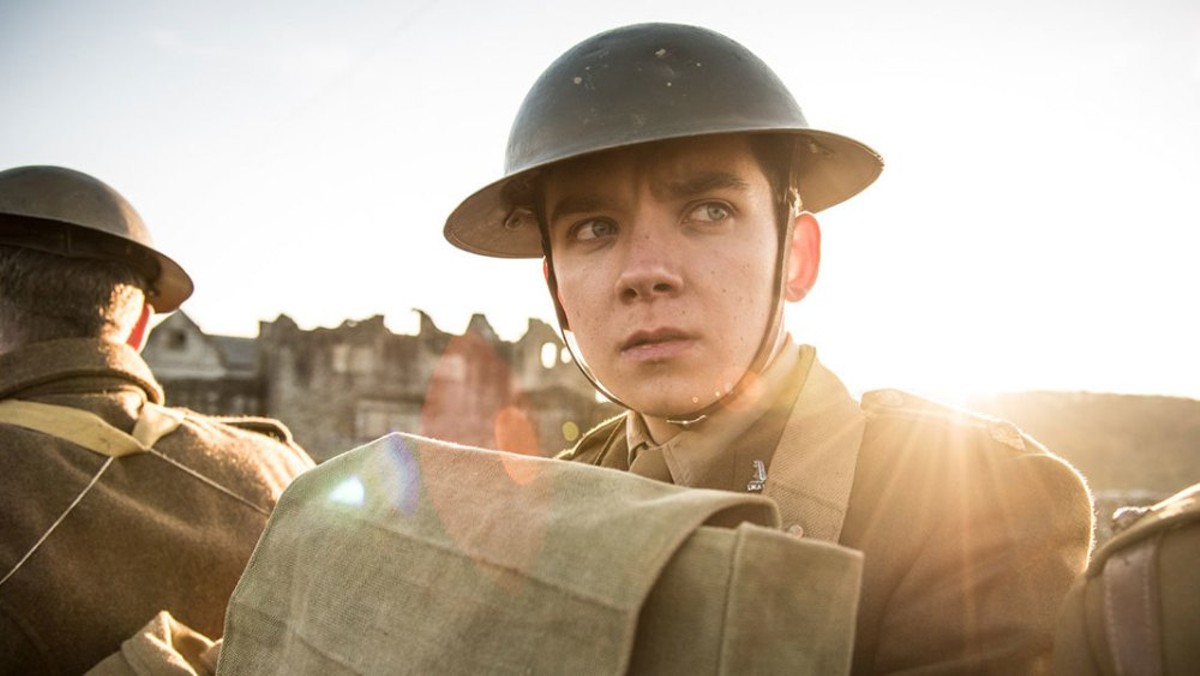 When director Saul Dibb was seeking inspiration for Journey's End, his new film based on R.C. Sherriff's 1928 play about World War I, he looked to the sci-fi flick Alienrather than other war films. Because the Journey's End outcome is known (it's inevitable the British soldiers will die after a German invasion), he sought to capture the same kind of tension you find in Ridley Scott's claustrophobic thriller.

"There are no spoiler alerts in this film," Dibb says in a recent transatlantic phone call. The film opens locally on Friday, April 13. "We make it clear from the opening that these are 120 dead men walking. That's the point of the film. In a way, we got rid of the three-act structure. It's not about if this thing will happen; it's about when it will happen. The end is told at the beginning. It's a bit like Alien. You know there's an alien. It's about how these people deal with that pressure over time. And how you get to know the people."

Set in a single trench and the bunkers near the trench, Journey's End captures the intensity of having to defend a small strip of land under extreme circumstances. It's gritty and dirty and intense.

Dibb filmed in a real-life trench and then constructed bunkers in the dimensions of the real-life bunkers. He often simply let candles provide lighting for the scenes.

"The whole process was to mirror the experience as much as possible, and shoot chronologically when we could," explains Dibb. "We didn't have one lighting stand in the whole set. It was the case of putting the candle close to the face if we needed more light. It made the thing live for me. The light was constantly flickering if people breathed or moved. If they moved the light, the wicks flickered and you would get a different feel."

Bettany, in particular, shines as an older officer who must rein in his right-hand man (Claflin) and appear unfazed to a teenage soldier (Butterfield) who has just joined the group.

"He's called Uncle for a reason," says Dibb when asked about Bettany's performance. "He has this incredible benevolent sense to him. He's an elder statesman, and he has a calm gravitas and kindness to him. I don't know what exactly [Bettany] was channeling, but I feel like it was something that was very close to him. He puts on a performance, which is very, very moving."

Claflin also balances his emotions as Captain Stanhope. He's angry most of the time but occasionally shows his sensitive side.

"Male anger is often seen as a one-dimensional thing, but it's a bundle of other things," says Dibb. "[Stanhope] didn't arrive [angry] like that three years before. He's seen horrific combat conditions and suffers a bit from PTSD. He has this pressure to not be seen as cracking up when he's out in the trenches. He becomes a kind of bullying older student. It all comes out. What [Claflin] is doing is a complex mix of all those things."

World War I happened more than 100 years ago, and yet Journey's End still resonates. Dibb says it's because "the experience of warfare is pretty universal."

"It will always be universal," he says. "We have quickly entered much more uncertain times. The possibility of conflict seems much bigger in our country. And we shamefully and arrogantly tried to rip up allegiances that have prevented wars from happening. [The film's] relevance is in there."